While the viral debate over whether or not Popeye’s has the best chicken sandwich is still raging online, a high school activist is using the long lines at the fast food chain for good.

David Ledbetter, a high school senior in Charlotte, North Carolina, used the long lines at Popeye’s this weekend to remind people to vote, going so far as to hand out sample ballots and voter registration forms outside of his local Popeye’s.

In an interview with CNN, Ledbetter explained that he saw the chicken sandwich wars as a way to engage people to do their civic duty.

“We were seeing how long the lines were [at Popeyes] and figured we would try to go get individuals to vote,” he said. “I was just hoping that the individuals would register to vote.”

Ledbetter teamed up with Stephanie Sneed, a local attorney who’s running for one of Charlotte’s school boards, to bring the voter engagement project at Popeye’s to life.

“We had been talking about the great chicken sandwich debate,” she said. “We came up with the idea to go to Popeyes because of the large number of people waiting in lines.”

The initiative was successful, with Ledbetter, Sneed and others running out of voter forms and pamphlets.

This is hardly the first time that Ledbetter has given back to his community; he’s already co-founded a local organization called Imagine This, whose goal is to make college more accessible to students in Charlotte.

“I like engaging with the community and I have aspirations with helping people and making society a better as a whole,” he said. 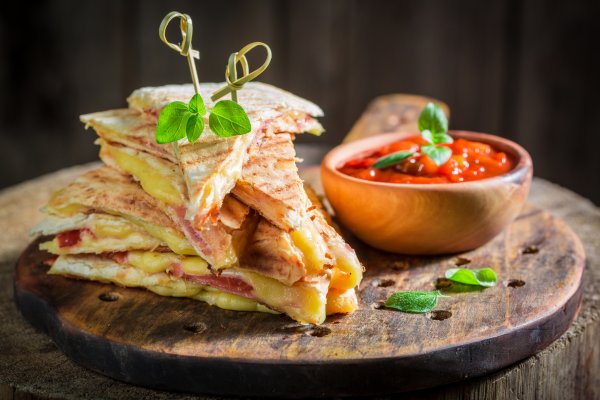 A Controversial Quesadilla-Pizza Recipe Video Is Giving the Internet Indigestion
Next Up: Editor's Pick