It’s time to start thinking up ways to spice up your holiday season, but a newly viral video of a Flamin’ Hot Cheeto turkey already has set off a chain reaction suggesting this is one recipe people won’t be trying at home.

Nothing says “tradition” like shoving a gigantic 2-pound block of cheese inside your turkey’s carcass and then coating all over it with crumbled Flamin’ Hot Cheetos.

“Fam..I just seen a video of a Flaming hot cheetos Turkey being prepared….what’s wrong with people” a Twitter account that goes by the handle Pooch shared this weekend via what looks like Jason Fredericks’ Facebook page.

“When the cheese went in, I died,” one Twitter user wrote.

“This is why there is a hell,” someone wrote in response. “What is the reason,” another demanded.

Perhaps it’s to impress your followers and give a boring turkey a kick.

The video instructs us to start with a 15-pound turkey that gets brined in salty water and brown sugar. After more than a few generous dashes of tabasco, it marinates. Of course, after you cover the turkey with melted butter, the crushed Cheetos — the star — coat the turkey.

But that’s not the defining feature of this newly anointed internet famous bird.

Before the Cheetos, another key part of this recipe is the side dish is cheesy potatoes. You stuff the turkey with an industrial sized block of cheese.

Then, the hypnotic video of this Flamin’ Hot Cheeto turkey shows people stuffing the turkey with potatoes. In the end, the potatoes and cheese get mashed up in a delightful side dish. If you deign to try this, it’s important to note that when you stuff a turkey, you have to ensure everything cooks all the way through.

A Flamin’ Hot Cheeto turkey recipe (without this video) went viral in 2017 courtesy of Reynolds Kitchen, which also offered Cool Ranch and Funyuns variety. But this highly shareable, highly doable recipe video went newly viral on Saturday as the cooking method of this one spread fear and confusion throughout the Twitter community.

People do not find it appetizing, but who knows? It could taste great. After it all, it has the key ingredient: Cheetos. What’s not to feel thankful about?

Flamin’ Hot Cheetos have become ubiquitous from memes to works of art. In fact, searches for the snack have become an increasingly popular search on Google over the last few years.

At least it’s better than the (satirical) microwaved turkey of 2018.

See reaction to the flaming’ hot Cheeto turkey video spread with the force and mystery of Cheetos on a buttered up turkey below. 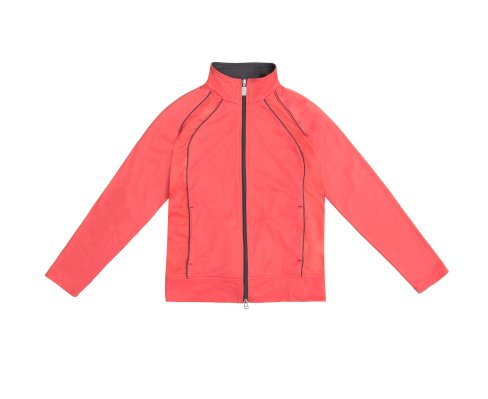 Unapologetic Child Has All the Answers About the Jacket That's Clearly Not Hers in This Hilarious Interrogation Video
Next Up: Editor's Pick