The Keystone pipeline leaked about 383,000 gallons of oil near Edinburg, North Dakota. The leak was discovered on Tuesday, Oct 29.
Taylor DeVries—North Dakota Department of Environmental Quality/AP
By Mahita Gajanan

A part of the Keystone Pipeline was shut down after it was discovered the system leaked about 383,000 gallons — or 9,120 barrels — of crude oil in North Dakota.

The leak, which occurred northwest of Edinburg, North Dakota, affected a wetland area, Karl Rockeman, director of the state’s Department of Environmental Quality’s division of water quality, said in a statement.

TC Energy, the company that operates the pipeline, said it discovered a drop in pressure and began shutting down parts of the pipeline on Tuesday. The company said a cause of the spill was not yet known and would require an internal investigation and an analysis of the pipeline.

“We are establishing air quality, water and wildlife monitoring and will continue monitoring throughout the response,” TC Energy said in a statement. “There have been no reported injuries or impacted wildlife.”

The oil spill occurred on a part of the already existing Keystone pipeline, and not the Keystone XL — an addition to the pipeline system that TC Energy is planning to build despite years of protests against it from indigenous people and climate activists. While President Barack Obama rejected a permit to build the pipeline in 2015, President Donald Trump approved it shortly after taking office in 2017.

Environmental organizations responded to reports of the leak with concern, saying it was a manifestation of their worst fears about what could happen with the building of a pipeline like the Keystone XL.

“This is exactly the kind of spill we are worried about when it comes to the Keystone XL being built. It has never been if a pipeline breaks but rather when,” said Joyce Braun, frontline community organizer of the Indigenous Environmental Network.

Catherine Collentine, associate director of the environmental organization Sierra Club, also said the leak was an example of what people could expect from the pipeline in the future.

“We don’t yet know the extent of the damage from this latest tar sands spill, but what we do know is that this is not the first time this pipeline has spilled toxic tar sands, and it won’t be the last,” Collentine said in a statement. “We’ve always said it’s not a question of whether a pipeline will spill, but when, and once again TC Energy has made our case for us.”

The leak marks the pipeline’s second major spill in two years — a 2017 oil leak in South Dakota was discovered last year to have spilled more than 400,000 gallons of oil after the pipeline broke. 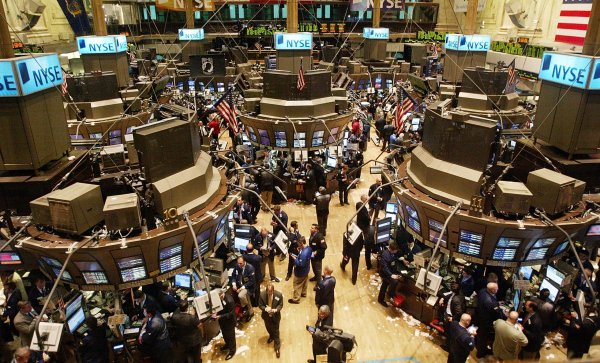 U.S. Hiring Was Unexpectedly Resilient in October as 128,000 Jobs Added Despite GM Strike
Next Up: Editor's Pick