A stone Aztec calendar of the sun, on display at a museum circa 1930
Ewing Galloway—Getty Images
By Camilla Townsend

With the U.S.-Mexico border a focal point of division in today’s American politics, it has become commonplace for one group of Americans to hurl insults at Mexicans and clamor for the building of a wall to keep them out, while another group insists on Mexicans’ goodness relative to others and reminds Americans that they have made invaluable contributions to the country.

Amid all this, it is easy to forget that migrations between today’s United States and Mexico once went in the reverse direction, that what is now Mexico City was once the Aztec capital — and that it was, without a doubt, the beating heart of North America.

Corn farmers had lived in central Mexico longer than anywhere else and, as a result, had developed a great civilization, complete with marketplaces, schools and running water. People as far north as today’s Utah had heard all about their marvelous and wealthy land, and whenever warfare or drought brought suffering, hundreds and even thousands of people would make their way south, hoping for a better life.

The city that emerged on a lake in the central valley of Mexico was called Tenochtitlan (Ten-och-TEE-tlan) and its people were called the Mexica (Me-SHEE-ka). Today we call them the Aztecs, and they have a fearsome reputation in our minds. The Spaniards, whose conquest of the Aztecs began 500 years ago this year, in 1519, told us most of what we think we know about them. Apparently motivated by guilt about what they had destroyed, the Europeans painted a bleak picture of Aztec life before the Christians arrived. (Remorse can be seen in a famous account written by the foot soldier Bernal Diaz de Castillo: “Of that beautiful place, nothing is now left standing.”). Since the 1970s, archaeologists, in uncovering their most dramatic site, twin temple pyramids, produced a horrifying record of skulls and serrated flint-knives. Taken together, these artifacts and accounts suggested that the Mexica were a barbaric and violent people.

But defining the Aztecs based purely on their European conquerors’ judgments and the look of a few silent objects leads to an incomplete picture at best. Until we have heard people speak for themselves—explain their actions and motivations; disclose their fears and insecurities; and express love, humor and wit—we don’t really know them.

Up until now, we haven’t had the resources, or perhaps even a genuine desire, to seek out Aztec stories, as told by the indigenous people themselves. But thanks to new research, if we really try, we can still hear ancient Mexicans speak. The Aztecs had a pictographic writing system of their own, and as a result, were fascinated when the Spanish friars first taught them the phonetic Roman alphabet. They saw the alphabet’s potential and immediately began to use it to write things down in their own language of Nahuatl (NA-wat), often without the Spanish friars even knowing what they were up to. Until recently, these sources remained obscure, only partially translated and rarely consulted by scholars.

Today, when we read their words, we learn that they had a sense of humor and also that they had long lived in fear. They had left their homes in the north because their situation was so bad. They had had to fight their way from today’s New Mexico down to Mexico City, and they had seen many of their children die. By the 1500s, they had not only survived, but managed to prevail, and they were taking no chances of being forced to go backwards. They used their brains and their brawn to defeat their neighbors — first the other ethnic groups in the central basic of Mexico, and then much farther afield. To make sure they remained on top, they used the threat of human sacrifice to keep others in line. If any group placed unwelcome demands on them, they were not averse to putting those people’s children in wooden cages, just to make a point. But on the whole, like most humans, they preferred to laugh and dance and do the decent thing. They knew that all peoples had something special to offer, and the markets of their great city were stocked with proof of this—the products of the widest possible reach, created by talented artisans from across the land. Later, in the 1600s, 1700s and 1800s, some of their descendants (now mixed with Spaniards) returned north and settled the area from California to Texas. This migration only stopped when the United States invaded their country in the 1840s and defeated them in war, suddenly claiming the region as their own.

Much like the Mexica people who traveled south from what is now known as the American Southwest, many of today’s Mexicans—their literal and figurative descendants—are powerless and displaced. Likewise, the people of Central America, who once existed on the edges of the Aztec empire, find themselves facing poverty and violence and look to the north with hope. The Aztecs’ wit was legendary. If they were here today, they would probably see a certain irony in the situation. That instead of traveling south, Mesoamericans now journey north, reversing the steps taken by their ancestors so many years ago. And that even in the face of American hostility and outright violence, they still find hope, energy and resilience, much like their Aztec ancestors in the shadow of their Spanish colonizers.

For too long, we have accepted as fact the records left behind by the Spaniards, whose language, culture and worldview vastly differed from the people they conquered. Five hundred years ago Hernando Cortés arrived in Mexico, and all these centuries later we still don’t really know the Aztecs—or their descendants—at all. There is a rich and multifaceted Aztec history that we’ve been missing all along. Luckily for us, the Mexica people had the forethought to write down their stories, to record their voices for posterity. It’s time we started listening.

Camilla Townsend is Distinguished Professor of History at Rutgers University. She is the author of numerous books, most recently Fifth Sun: A New History of the Aztecs, available now from Oxford University Press. 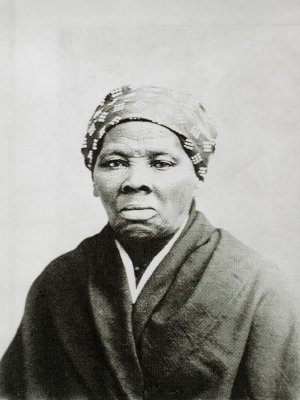 The True Story of Harriet Tubman Shows That Sometimes Running Is as Brave as Fighting
Next Up: Editor's Pick