On Thursday, Calif. Rep. Katie Hill gave her final floor speech in Congress, slamming the “misogynistic” culture that led to her resignation and highlighting her final vote to open formal impeachment proceedings against the President.

“I came here to give a voice to the unheard in the halls of power. I wanted to show young people, queer people, working people, imperfect people that they belong here — because this is the people’s house,” Hill said. “I fell short of that, and I’m sorry.”

“I am leaving because of a misogynistic culture that gleefully consumed my naked pictures, capitalized on my sexuality, and enabled my abusive ex to continue that abuse, this time with the entire country watching,” Hill said on the House floor.

She claimed the photographs and texts messages were leaked by her husband Kenny Heslep, with whom she’s currently in divorce proceedings. The Los Angeles Times has reported that Heslep had pitched the story of their relationship and divorce to media outlets shortly before the photographs became public.

Hill has also alleged Heslep was abusive. Heslep has not publicly responded to these claims, and did not immediately respond to TIME’s request for comment.

The photographs and texts were published by the conservative website Red State and later by the Daily Mail. The Red State reporter had written an op-ed in 2018 in support of Hill’s opponent, and tweeted in support of flipping Hill’s seat after she announced her resignation.

Read more: Katie Hill Is the First Millennial Lawmaker to Resign Because of Nudes. She Won’t Be the Last

“Since those images first came out I’ve barely left my bed,” Hill said on the House floor. “But I made it through because the people who love me most dragged me back into the light and reminded me that I was stronger than that.”

“I have to say more, because this is bigger than me,” she continued. “I am leaving now because of a double standard. I am leaving because I no longer want to be used as a bargaining chip. I am leaving because I didn’t want to be peddled by papers and blogs and websites, used by shameless operatives for the dirtiest gutter politics I’ve ever seen and [for] the right-wing media to drive clicks and expand their audience by distributing intimate photos of me taken without my knowledge, let alone my consent.”

Hill said she has received thousands of threatening messages since the photos leaked.

“Today, I ask you all to stand with me and commit to creating a future where this no longer happens to women and girls,” she said. “Yes, I am stepping down, but I refuse to let this experience scare off other women who dare to take risks. Who dare to step into this light. Who dare to be powerful.”

Hill also used her speech to highlight the multiple accusations of sexual assault against President Donald Trump. “I’m leaving, but we have men who have been credibly accused of intentional acts of sexual violence and remain in board rooms, on the Supreme Court, in this very body, and worst of all, in the Oval Office,” she said. At least nineteen women have accused the president of touching them sexually without their consent. Recently, writer E. Jean Carroll accused President Trump of sexually assaulting her in a dressing room of a New York department store in the 1990s.

“Today, as my final act, I voted to move forward with the impeachment of Donald Trump on behalf of the women of the United States of America,” Hill continued.

Hill was widely viewed as a rising star within the Democratic party, having flipped a Republican district blue in 2018. She was the Vice Chair of the House Committee on Oversight and Reform and was elected freshman caucus co-representative, representing her class in House Democratic leadership meetings.

The thirty-two-year-old was also one of the twenty millennials elected to Congress in 2018. As TIME’s Charlotte Alter wrote this week, Hill’s case exemplifies how young people’s lives are now often documented and replayed online, their sex lives included. A 2015 study found that 87.8% of adults said they have sexted in their lifetime, and a 2016 study found that 10.4 million Americans have had someone threaten to post — or actually post — explicit photos of them without their consent.

“The forces of revenge [from] a bitter, jealous man, cyber exploitation and sexual shaming… and a large segment of society that fears and hates powerful women have combined to push a young woman out of power and say she doesn’t belong here,” Hill said.

Lawmakers on both sides of the aisle have expressed solidarity with Hill. On Oct. 24, Republican Rep. Matt Gaetz tweeted, “This is just absurd. The only person who seems to have a gripe is @RepKatieHill ’s soon-to-be ex. Who among us would look perfect if every ex leaked every photo/text?”

On Thursday, House Speaker Nancy Pelosi said of Hill that, “She’s an absolutely outstanding young public servant … it’s shameful that she’s been exposed to public humiliation by cyber exploitation. And I caution everyone that they too may be subjected to that.” 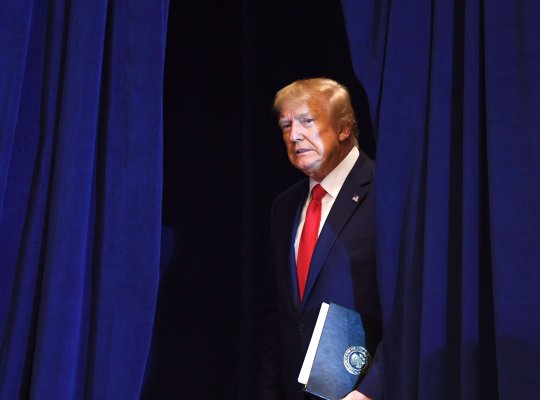