'I Was Just a Man Who Sang a Song About Freedom': 30 Years Later, David Hasselhoff Looks Back on His Surprising Role in the Fall of the Berlin Wall

American singer and actor David Hasselhoff hovers in the cage of a hoisting crane above celebrating people on the Berlin Wall and sings "Looking for Freedom" during the first German-German New Year's Eve party on Dec. 31, 1989, at the Brandenburg Gate.
Wöstmann/picture alliance—Getty Images
By Olivia B. Waxman

Saturday marks the 30th anniversary of the Fall of the Berlin Wall, when, on Nov. 9, 1989, Berliners breached the 12-ft.-high wall that had divided the communist East side of the city and the capitalist West side of the city since 1961.

It was not only the beginning of a new chapter for Germany and the World, but also a new chapter in David Hasselhoff’s career. The actor and singer had made a name for himself in the U.S., especially as the star of the TV show Knight Rider, but he became even more of a celebrity in Germany after his song “Looking For Freedom” (an English adaptation of the 1978 German hit “Auf Der Strasse Nach Süden,” often translated as “On the road to the South”) came out in 1988, followed by the album of the same name in June 1989. It topped the charts in West Germany, in large part because its lyrics about the long search for freedom struck a chord among those living in a divided Germany. The coincidental timing of the song’s release and the wall’s destruction made Hasselhoff a surprising symbol of the end of the Cold War, a position cemented by his performance at Berlin’s Brandenburg Gate on New Year’s Eve 1989.

He’s gone back and performed in Germany numerous times over the last three decades, and recently just completed the three-week-long “Freedom! The Journey Continues Tour,” which kicked off on Oct. 2 to coincide on the Oct. 3 anniversary of the reunification of East Germany and West Germany in 1990. TIME spoke to “The Hoff” by phone shortly after the tour ended — and before his next big project, starring in Dolly Parton’s 9 to 5 musical in London. (Fans of Baywatch will appreciate that, true to the star’s brand, he called from his car in Los Angeles, en route to buy bathing suits.) Here, he looks back at that unique concert, which he says gave him a new purpose in life.

TIME: How did it feel to perform in Germany 30 after you became a symbol of the Berlin Wall’s fall?

HASSELHOFF: I had a pretty amazing experience. I have a plethora of stories, of people who come to me and testified that “Looking for Freedom” was an anthem or a hymn of hope that they would sing. A 45-year-old man cried. He said he was 15 years old and he grew up in Rostock, a city in East Germany, and he said, “You really had something to do with bringing down the wall.” I said, “No, I didn’t. I was just singing a song about freedom, and I went behind the wall and met some girls.” He said, “No, it was a song of hope.” My whole tour was basically about [how] we’re still looking for freedom, because we are.

How did the concert at the Berlin Wall come about?

I flew over the wall in 1987 and flipped out. I couldn’t believe it. I said what the hell was this. It was unbelievable. The towers and the severity.

[When Looking for Freedom came out], I went to The Grand Hotel [in East Germany] to do an interview, and back then it was real gaudy and outside it was gray, and I said I can’t do the interview in here. I feel pretentious. I feel like the ugly American. So I went outside and met three girls and the three girls said, “Can we have your autograph?” Because they didn’t have selfies back then. I asked, “How do you know me? They said, “You’re the man who sings of freedom.”

[One day,] I got called: Would I like to sing at The Silvester Show, which was like the Dick Clark [New Year’s Eve] Show? My song was Number 1, and I said, “Sure, only if I can sing on the wall.” I [thought], no f—ing way will that ever happen. They called me back and they said, “You’re going to be in a crane above maybe a million people.” And I said, “Oh my God, let’s go!” Rock and roll!

What do you remember about that night?

I remember it like it was yesterday. There was a camera on the crane, and I wasn’t playing to the camera. Usually you play to the camera. I just kept bending over and playing to the crowd because I was so moved by the experience. I was with the people that night, and I didn’t care if I fell out. I was on a mission from God. The whole thing was surreal. It was the greatest celebration of all time. I knew nothing except for having children would ever top this moment. Nothing has.

I brought pieces of the wall back — a little piece of freedom — and put them on plaques and gave them to the cast and crew of Baywatch. I don’t think anyone really appreciated it. I think they do now. I hope they do. I just brought a piece back recently; a small piece was given to me by a fan earlier this month with a picture of me singing “Looking For Freedom.”

Do you still have the jacket you wore, with the lights on it?

I wore it October 20 when I did Hamburg. I’d had it made for the Osmonds’ Fourth of July Stadium of Fire [in the ’80s]. I thought I’d turn the jacket on so that people could see me in the crane.

And the piano scarf?

[Touring recently,] I saw like 100 piano scarfs in the crowd and thought, “Hmm, we should have sold those for merchandising.”

In the footage, it looks like a firework went off close to you. Do you remember what that felt like?

I saw that tape of it just recently. Luckily I pulled away or I would have been hit in the head with a firework. But a firework hit me in the leg, which nobody saw. I just put it out. When it’s below zero, you don’t give a damn.

News clips about this moment have often described you as wanting more credit than you get for your role in the fall of the Berlin Wall. What are your feelings on that now?

It’s fake news. I never ever said I had anything to do with bringing down the wall. I never ever said those words. I was semi-responsible for protesting to keep it up [such as in 2013] . It’s pretty amazing the respect I get [in Germany]. They consider me a legend. I knew no one would care in America. I never got any kind of — and I didn’t want — credit. I didn’t care about that. There was the guy from Knight Rider singing a song about freedom. Knight Rider was sacred to everyone and hopefully we’ll bring it back as a movie. I was just in the right place at the right time with the right song. I was just a man who sang a song about freedom.

How do you see the difference between the world now and the world then?

It’s a strange world now. At least then we knew who the enemy were. We knew the enemy were the Russians and there was a Cold War. Now it seems like they’re everywhere. There’s a lack of freedom. It’s almost as if it’s O.K. to lie, whether it be from the White House or in the press. But it’s not O.K. Now it just seems that everyone is so, so quick to hate, and so quick to be violent. It is a sad, sad world.

How has that New Year’s Eve concert in Berlin, and your time spent in Germany, influenced you and the choices you’ve made in your career and life?

When I would sit in the scarab [boat] in Baywatch, I didn’t care what they thought about me in America. It wasn’t important to me. What was important was going to Germany and being a rock star. It shaped me because it gave me honor. It gave me credibility. It gave me humility. I’m just an actor who sang a song about freedom. I didn’t know anything about East Germany, and suddenly by the grace of God or the universe, I was given this responsibility: I hold those people [from East Germany] as they are crying. All I want to do is hug them and hold them and say, “It’s O.K., you’re free now.” And and I accept it with honor. And that shaped my whole life and my whole existence. I’m not a preacher. I’m not Billy Graham. I’m David Hasselhoff. 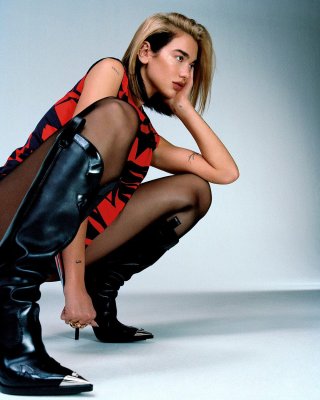