Juul Once Looked Too Big to Fail. Lawsuits and Federal Regulations Are Changing That

It’s been a rough fall for Juul. After weeks of intensifying scrutiny from federal regulators, resulting in plans to pull many of its products off the market entirely, the company was hit on Oct. 29 with an explosive lawsuit filed by a former financial executive at the company, who alleged that Juul knowingly sold at least a million contaminated mint-flavored nicotine pods earlier this year. The plaintiff, former senior vice president of global finance Siddharth Breja, claims he was wrongfully terminated for raising concerns about the sale of these pods.

The claims, which Juul vigorously denied in a statement provided to TIME, caused a stir—especially since they came to light in the middle of a mysterious outbreak of vaping-related lung diseases, which public-health officials have tied to products that contain THC, particularly bootleg versions. (Juul’s pods contain only nicotine; Breja’s lawyer did not respond to TIME’s request for clarification about the alleged cause of contamination.) As much attention as the juicy lawsuit received, however, experts say it’s only a small part of a much larger legal headache for Juul, one that has been building for months and could threaten the company’s future viability.

The new lawsuit was “fuel added to a flame that’s already burning pretty hot,” says Mary Crossley, a professor at the University of Pittsburgh School of Law who specializes in health care. As the lawsuits pile up, they’re “decreasing the likelihood that Juul ultimately will be able to gain regulatory approval from the Food and Drug Administration.”

Juul introduced its market-leading e-cigarette in 2015, but the FDA did not finalize its policy for regulating e-cigarettes as new tobacco products until 2016. As a result, Juul and its competitors before 2016 were allowed to launch their products with virtually no federal oversight, and without having to file the onerous applications required of new drugs and devices. They were allowed to grow essentially unchecked—even as an epidemic of teen use emerged and multiplied, with the number of high schoolers who vape approaching 30% this fall.

Juul’s grace period appears to be nearing its end. E-cigarette makers must retroactively apply for FDA approval by May 2020, which requires proving that their devices provide a net benefit to public health. Meanwhile, in the aftermath of a July House Oversight Committee hearing focused on Juul’s marketing, the FDA warned the company to stop unlawfully marketing its e-cigarettes as healthier than cigarettes, and the Trump Administration announced a plan to pull all youth-friendly flavored products from the market. A number of states quickly followed suit with emergency bans on the sale of vaping products.

Juul responded by making internal changes, including replacing CEO Kevin Burns with an executive from Altria, one of the world’s largest tobacco companies, which last year bought 35% of Juul for $12.8 billion; halting U.S. advertising; and ending sales of fruit and dessert flavors in the U.S. In October, investors estimated the company’s valuation at $24 billion, down from a peak of $38 billion after Altria’s investment.

The Congressional hearing in July also opened the floodgates for civil lawsuits against Juul, says Neil Makhija, a lecturer at the University of Pennsylvania School of Law who worked on a class-action suit alleging Juul marketed to minors until September 2019. “Before [the hearing] there were probably four or five private cases filed,” he says. “After the hearing, we’re well past 50,”

In October, Juul and the Center for Environmental Health, an advocacy group focused on improving environmental and human health, reached a legally binding settlement that makes it easier for lawsuits to be filed against Juul if it violates a number of anti-youth-marketing policies, such as not promoting its products on social media, within 1,000 feet of schools or at events that allow attendees younger than 21. Around the same time, a California woman filed the first wrongful-death lawsuit against Juul after her 18-year-old son died from health issues she attributes to vaping. Several school districts have also sued Juul this fall, arguing that patrolling widespread vaping on campus causes an undue strain on resources. Multiple lawsuits, some that have been underway for months or longer, also allege Juul purposefully marketed its products to underage users, or blame defective Juul products for health problems and injuries. These complaints, and those they inspire, could open up Juul to consequences it has, until now, largely skirted.

Crossley says the cases do not yet pose an “existential” financial threat to Juul and will not have a direct bearing on whether the FDA approves Juul’s devices. But they do chip away at the company’s reputation, little by little. “Regulators act in the context of the surrounding social environment,” Crossley says. In other words, the constant stream of lawsuits, regulations and scandals—which often outweigh positive news about e-cigarettes, such as studies that suggest they can help smokers quit—may turn public sentiment against Juul and its competitors, putting pressure on regulators not to approve their devices, she says. Juul representatives did not respond to questions about its legal strategy or the impact of pending litigation.

Marc Scheineson, a food and drug lawyer at the law firm Alston & Bird in Washington, D.C. (and a former FDA associate commissioner), agrees that the flood of lawsuits could endanger Juul’s future—but he cautions that lawsuits can be exaggerated to trigger a specific outcome, whether that’s cashing in on a settlement or, in this case, forcing regulators’ hands. “A complaint and a press strategy by a plaintiff’s lawyer to force settlements is not a factual dissertation,” he says.

“What I hate most about the U.S. legal system is this pile-on when someone is down,” Scheineson says. “It’s opportunistic plaintiffs lawyers who are looking for a huge payday…. There’s a momentum for lawyers that isn’t necessarily factually based.”

The tainted-pods lawsuit filed by Breja also raises a new issue for Juul, Makhija says. It shows that former employees are willing to speak out against the company. Juul is planning to lay off 500 people this year, and “all of those people are people who could go to either state attorneys general or the FTC [Federal Trade Commission] or Congress and potentially provide more information,” about alleged wrongdoing, Makhija says.

However the litigation and regulations play out, one thing is clear: Juul is no longer flying under the radar. A company that for years grew without the burden of federal regulations is suddenly sagging under their weight, with its valuation plunging and its future in the U.S. at risk. The company’s official day of reckoning won’t come until May 2020, when it must file for FDA approval—but regulators’ opinions are already being shaped in courtrooms across the country. 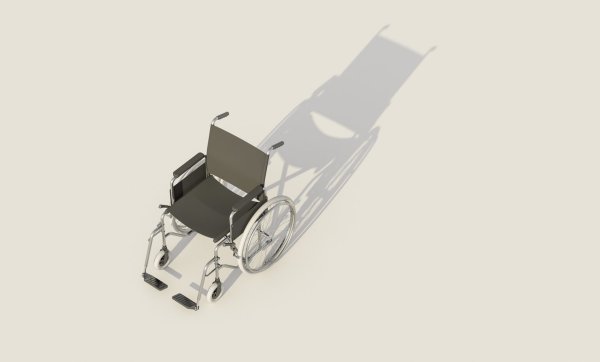 The Health Care Industry Needs to Be More Honest About Medical Errors
Next Up: Editor's Pick