Dozens of Women in U.K. Parliament Pen Letter in 'Solidarity' With Meghan Markle

Meghan, Duchess of Sussex and Prince Harry, Duke of Sussex attend a roundtable discussion on gender equality with The Queens Commonwealth Trust (QCT) and One Young World at Windsor Castle on October 25, 2019 in Windsor, England.
Jeremy Selwyn—WPA Pool/Getty Images
By Rachel E. Greenspan

Women in British Parliament have banded together in “solidarity” with Meghan, Duchess of Sussex, as the royal takes a stand against “often distasteful and misleading” press with legal action.

Dozens of female MPs from Parliament penned the letter, led by Holly Lynch of the Labour Party, and sent it to the Duchess on Tuesday.

“On occasions, stories and headlines have represented an invasion of your privacy and have sought to cast aspersions about your character, without any good reason,” the letter reads. “Even more concerning still, we are calling out what can only be described as outdated, colonial undertones to some of these stories.”

The letter comes in the wake of an interview from ITV’s documentary, Harry & Meghan: An African Journey, in which Meghan Markle said how hard their marriage has been on her. “I never thought this would be easy but I thought it would be fair,” she said of British tabloid coverage. “And that is the part that is hard to reconcile.”

In a rare move, on Oct. 1, Prince Harry, Duke of Sussex, announced they were taking legal action against certain British tabloid press for inappropriate articles about his wife. “Unfortunately, my wife has become one of the latest victims of a British tabloid press that wages campaigns against individuals with no thought to the consequences,” he said in a statement, “a ruthless campaign that has escalated over the past year, throughout her pregnancy and while raising our newborn son.”

The Duchess’ lawsuit against Associated Newspapers in the Chancery Division of the High Court is due “to the unlawful publication of a private letter,” a press release said. 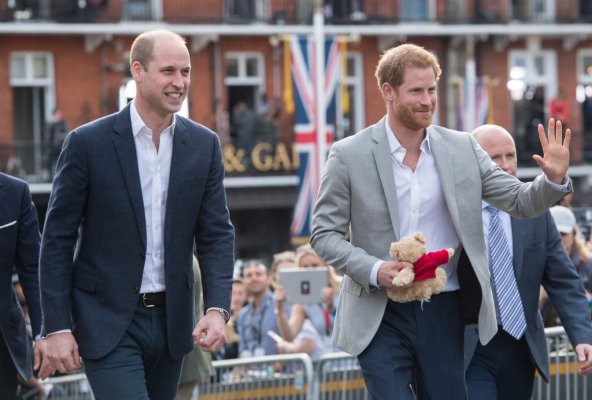 'We'll Always Be Brothers.' Prince Harry Discusses His Relationship With Prince William
Next Up: Editor's Pick