A White House national security official who listened to President Donald Trump‘s July 25 phone call with Ukrainian President Volodymyr Zelensky is expected to tell Congressional investigators he was so concerned after the exchange that he notified his agency’s attorney.

Lt. Col. Alexander Vindman, the top Ukraine expert at the National Security Council, planned to tell investigators that he twice reported objections to Trump’s Ukraine policy, according to a copy of his opening remarks obtained by TIME.

Vindman is the first White House official who listened to the July 25 call to testify before the three House committees conducting the impeachment inquiry Tuesday.

According to his draft statement, Vindman will tell investigators and lawmakers that he brought concerns about Trump’s interactions with Ukraine to the National Security Council’s attorney, John Eisenberg. The first time Vindman says he reported his concerns was after a debriefing following a meeting with Ukrainian official Oleksandr Danylyuk, when E.U. Ambassador Gordon Sondland stressed the need for Ukraine to investigate Joe and Hunter Biden, Burisma—the gas company where Joe Biden’s son Hunter previously sat on the board—and the 2016 election. He felt compelled to report concerns again after Trump’s phone call with Zelensky.

“I am a patriot,” Vindman’s statement says, “and it is my sacred duty and honor to advance and defend our country, irrespective of party or politics.”

The first instance in which Vindman notified the National Security Council’s attorney will raise questions about Ambassador Gordon Sondland’s testimony. Sondland told the committees earlier this month that when he brought up Ukraine with Trump, the President urged him to talk to his personal attorney Rudy Giuliani. Sondland said Giuliani mentioned extracting a commitment from Ukraine to investigate Burisma and the 2016 election. But Sondland added that he did not piece together that Hunter Biden was on the board of Burisma and that the request could be construed as intervening in the 2020 election. Vindman’s testimony contradicts that statement. According to Vindman’s opening remarks, at a debriefing following the Danylyuk meeting in July, Sondland “specifically emphasized the importance that Ukraine deliver the investigations into the 2016 election, the Bidens, and Burisma.”

While Vindman listened to the July 25 call, he emphasized in his opening remarks that he never had any direct contact with the President and he is not the whistleblower who revealed Trump’s Ukraine campaign. Vindman’s remarks will likely provide investigators with a fuller picture of the way policy toward Ukraine was continually wrested away from career diplomats and given to political appointees. 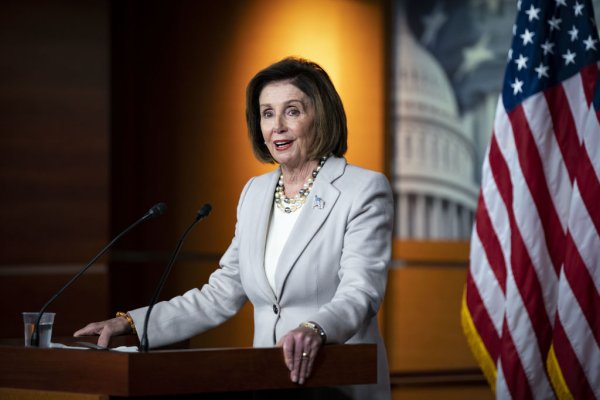 House Democrats Will Vote on Impeachment Resolution
Next Up: Editor's Pick