What happened behind the scenes between midnight and 5 in the morning on Sept. 9? That five-hour window could hold key details about President Donald Trump’s efforts to pressure Ukraine to investigate Vice President Joe Biden and his son Hunter. Gordon Sondland, the U.S. Ambassador to the European Union who spent hours testifying before Congress in a secure room in the Capitol Basement Thursday, is one of the few people who knows what transpired during those early morning hours.

After Bill Taylor, the acting Ambassador to Ukraine, texted Sondland around midnight on Sept. 9 that it was “crazy to withhold security assistance for help with a political campaign,” Sondland went silent. At 5:19 a.m., Sondland came back with an unequivocal answer: there was no quid pro quo with Ukraine when it came to withholding foreign aid in exchange for a promise to investigate Trump’s political rival. “I believe you are incorrect about President Trump’s intentions,” Sondland texted Taylor. “The President has been crystal clear: no quid pro quo’s of any kind.” He then suggested that they should stop texting about the matter, and told him to take further concerns directly to Secretary of State Mike Pompeo.

Sondland says he spoke with Trump sometime in the five hours between those texts, which were released by House investigators earlier this month. According to a copy of his opening statement reviewed by TIME, Sondland confirmed that he spoke with the President that night because of Taylor’s concerns. “I asked the President: “What do you want from Ukraine?” The President responded, “Nothing. There is no quid pro quo.” The President repeated: “No quid pro quo” multiple times. This was a very short call,” Sondland was expected to tell lawmakers. He also noted the President was in a “bad mood” that night. This acknowledgement, Democrats say, could directly implicate the President in a scheme to abuse the power of his office to help assure his reelection.

Rep. Gerry Connolly, who has called for Sondland to resign, told TIME he expected the 5-hour window to be a focus of Thursday’s deposition of the envoy on Capitol Hill. “I have every reason to believe our counsel will pursue that line,” the Virginia Democrat tells TIME.

Democrats already view Trump’s July 25th phone call with Ukrainian President Volodymyr Zelensky as evidence that Trump had nefarious motives. During the phone call, a rough summary of which the White House released in late September, Trump spoke of U.S. assistance to Ukraine and the need to investigate Biden. They suspect Trump may have said further incriminating things linking the aid and the desired Biden probe on the call with Sondland, even though Sondland has said Trump told him there was no quid pro quo involved.

These suspicions were further confirmed on Thursday when Mick Mulvaney, Trump’s acting Chief of Staff, took to the microphones to say that there was in fact a quid pro quo with Ukraine. “The look back to what happened in 2016 certainly was part of the things he was worried about in corruption with that nation. And that is absolutely appropriate,” he told reporters.

Mulvaney ultimately walked back his statement. He was also specifically talking about Ukraine investigating conspiracy theories about the 2016 election rather than the Bidens, which is what Taylor seemed to be referencing. But the initial concession in itself seemed to raise more questions for Sondland about the President’s role in the arrangement.

“The fact that he acknowledged it, I think there’s complete overwhelming evidence that in fact the, the Administration and the President was making it clear that the military aid that was being that was authorized by Congress was being held up and would not be released until he was satisfied,” said Rep. David Cicilline, who sits on the House Foreign Affairs Committee and attended Sondland’s deposition. “They were committed to helping him in his reelection by ginning up this fake investigation against one of our partners.”

The three, along with Trump’s personal attorney Rudy Giuliani led the efforts to get Ukrainian leaders to publicly announce that they were investigating the Ukrainian energy company Burisma, the company with ties to Biden’s son, as well as Ukrainian involvement in the 2016 election, in exchange for a White House visit the Ukrainians desperately wanted. The three men’s actions alarmed officials inside the White House and the State Department, many of whom are testifying in the impeachment probe.

Sondland told lawmakers and investigators in his opening remarks that Trump was reluctant to set up a phone call with Ukraine after Zelensky won the election because he was concerned that Ukraine was not serious about curbing corruption, and urged the threesome to talk to Giuliani. Sondland was uncomfortable with the request but did it anyway because it was coming from the President. When he spoke with Giuliani, he said in his opening remarks, Giuliani mentioned investigations into the 2016 election and Burisma, but Sondland said he did not piece together that Hunter Biden was on the board of Burisma and that the request could be construed as intervening in the 2020 election.

His remarks solidify the picture other officials questioned by Congress have already painted: a highly irregular process that effectively took control of U.S. policy towards Ukraine away from official diplomatic channels, and dispensed with State Department rules for such missions. Sondland routinely used personal, unencrypted mobile phones while conducting business on behalf of the U.S. government, asked foreign officials if they would like to come to Washington, and gave them his own and other officials’ personal telephone numbers and email addresses, two U.S. officials who have worked with Sondland told TIME.

Democrats leaving Sondland’s testimony acknowledged that some parts – for example, his assertion that he had not pieced together that mentions of Burisma were related to Hunter Biden’s role on its board – didn’t necessarily add up. “What is implausible is to say, ‘I didn’t know what Giuliani was up to,’ said Connolly. “Giuliani was ubiquitous all over the press and all over Ukraine, and if you’re the Ambassador to the EU who chose to highlight the Ukraine as your portfolio…it stretches credulity for you to assert ‘I had no idea that those were the earthly concerns of Mr. Giuiliani.'”

But the fact that Sondland is testifying at all is a victory for the Democrats. He was originally slated to appear voluntarily before the three committees conducting the inquiry on October 8th, only to find out once he arrived in the U.S. from Brussels that the State Department had blocked his testimony. He will now appear under a subpoena, which the committees issued on October 9th. However, he won’t be providing the documents the committees requested because they are being withheld by the State Department, according to his attorneys. (Sondland has hired Robert Luskin, a longtime Washington lawyer who represented GOP strategist Karl Rove in the Valerie Plame affair, to be his attorney.)

In a letter to the committees on Thursday, Sondland’s attorneys confirmed the State Department was still withholding the documents. 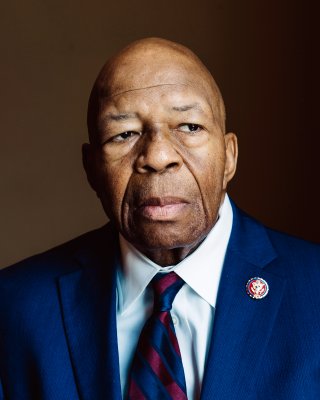