Should Christians Celebrate Halloween? Here's Why That Question Has Been Picking Up Steam Since the 1960s

Children in Halloween costumes.
Getty Images
By Olivia B. Waxman

While many Americans spend October excitedly planning for Halloween’s costumes and candies, many conservative Evangelical Christians look ahead to the holiday with dread. Pastors may warn about “demonic spirits and curses” that can be attached to Halloween traditions, and parents may ask teachers and others to excuse their children from Halloween events. In light of concerns over offending religious families, some schools have banned Halloween celebrations altogether, and some communities host fall harvest festivals instead of trick-or-treating.

And this year, the model Hailey Bieber — who, like her pop-star husband Justin Bieber, is very open about her Christian faith — caught flack online from fellow Christians for posting on Instagram that Christians shouldn’t feel guilty about celebrating Halloween.

The history of Halloween and Christianity goes all the way back to the Middle Ages. The roots of trick-or-treating can, for example, be traced back to a medieval Christian tradition, in which the poor would go to wealthy homes on Hallowtide — the eve of All Saints’ Day — and offer prayers in exchange for food and beer.

But, while Halloween has long involved symbols of death and demons, the origins of questioning whether Christians should celebrate Halloween are fairly recent.

In fact, it is only in the last half-century that the conversation has picked up steam, coinciding with Evangelical Christians playing a more vocal role in American political life since the ’60s — and with American culture pushing the boundaries of what had once seemed normal.

“There’s a nascent opposition to Halloween,” says Jason C. Bivins, author of Religion of Fear: The Politics of Horror in Conservative Evangelicalism, citing anxiety over the glorification of “occult themes” by rockers like Black Sabbath and the fear that devil-worship might be taking place. “There’s a real sense in the early 1970s that people are starting to almost aestheticize evil, and [opponents] see that in rock music and the increased popularity of Halloween.”

The televangelist Rev. Jerry Falwell was one of the first to see Halloween as a teachable moment.

“Falwell thought it could be used to teach about devil worship and temptations,” Bivins says. Amid his perception of the “growing normalization of the sexual promiscuity, drug use and rock culture, he became convinced that if you could win against Halloween, you could make kind of an insurgent strike against all the other ills of culture.”

This thinking, Bivins says, led to “Scaremare,” which was started in 1972 by Falwell’s Thomas Road Baptist Church in Lynchburg, Va. Inspired by “Scream in the Dark,” a production in Bakersfield, Calif., it was conceived as a form of outreach similar to a haunted house, with ghosts surprising guests in the dark, but designed to challenge guests to think about what would happen when they died.

And throughout the 1980s, anti-Halloween sentiment grew, as religious concerns overlapped with fears about children being corrupted in all sorts of ways.

After three people died in the Chicago area from ingesting cyanide-laced Tylenol pills the month before Halloween 1982, some parents were reluctant to let their kids go trick-or-treating for fear that evildoers would hand out poisonous candy. Stories of razor blades in apples found during trick-or-treating ramped up in the ’70s and early ’80s, though scholars like sociologist Joel Best found most of those stories were hoaxes. Fears of child abductions abounded. A general panic about satanism took hold in the late ’80s and early ’90s. Dungeons & Dragons players were accused of being a cult that was drawing kids into satanism, and Geraldo Rivera’s TV special “Devil Worship: Exposing Satan’s Underground,” which aired the week before Halloween in 1988, only fueled those concerns. Televangelist Pat Robertson still warns that Halloween is a day when millions of children “celebrate Satan.”

“There’s a longstanding discourse in America about ‘innocents at risk,'” says Bivins. “In the early Reagan years, it sort of became this boilerplate assertion in American culture that everything is going to hell.”

As conservative Evangelicals made their voices heard in local school board races around 1990, debate increased over whether schools could put up Halloween displays that featured images such as witches. These were discussions that, TIME noted in 1993, often said “more about the parents’ political and religious beliefs than their children’s education.”

Scaremare still exists, as do other “Christian alternative to Halloween” events. In particular, Keenan Roberts’ “Hell House” in Arvada, Colo., drew attention to the idea in the mid-1990s by showing attendees particularly graphic scenes designed to inspire them to affirm their commitment to their Christian faith.

Christian opposition to Halloween, argues Bivins, continues to be “a natural extension of occult panic that begins in the ’60s, and clearly [there’s] anxiety about the declining cultural hegemony of Christianity.” Polls show that people who don’t identify with any religion have been on the rise in the last decade, and that younger Christian adults are less likely than older Christian adults to say religion is “very important” to them.

But as long as people dress up in costumes on Halloween, controversies over whether to celebrate the holiday aren’t going anywhere. 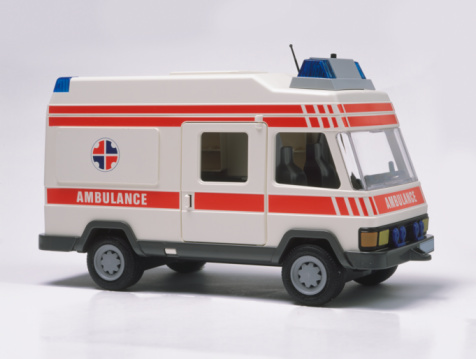 This Ambulance Dog Halloween Costume Is the Cure-All You Need Right Now
Next Up: Editor's Pick