Bottles and boxes of Tylenol products which were taken off the shelves or returned to a Safeway store, on Oct. 1, 1982
Jim Preston— The Denver Post / Getty Images
By Jennifer Latson

The killer’s motives remain unknown, but his — or her, or their — technical savvy is as chilling today as it was 30 years ago.

On Sept. 29, 1982, three people died in the Chicago area after taking cyanide-laced Tylenol at the outset of a poisoning spree that would claim seven lives by Oct. 1. The case has never been solved, and so the lingering question — why? — still haunts investigators.

According to TIME’s 1982 report, Food and Drug Administration officials hypothesized that the killer bought Extra-Strength Tylenol capsules over the counter, injected cyanide into the red half of the capsules, resealed the bottles, and sneaked them back onto the shelves of drug and grocery stores. The Illinois attorney general, on the other hand, suspected a disgruntled employee on Tylenol’s factory line. In either case, it was a sophisticated and ambitious undertaking with the seemingly pathological goal of killing strangers entirely at random. Their symptoms and sudden deaths confounded doctors until the link was discovered, traced back to identical pill bottles that each smelled like almonds — the telltale scent of cyanide. The perpetrator left no margin for error, filling the capsules with poison at thousands of times the amount needed to be fatal.

One victim, 27-year-old Adam Janus, took Tylenol for minor chest pain and died within hours. His younger brother and sister-in-law were killed after taking pills from the same bottle while grieving the sudden, shocking loss at Janus’ house.

Without a suspect to revile, public outrage could have fallen squarely on Tylenol — the nation’s leading painkiller, with a market share greater than the next four top painkillers combined — and its parent corporation, Johnson & Johnson. Instead, by quickly recalling all of its products from store shelves, a move that cost Johnson & Johnson millions of dollars, the company emerged as another victim of the crime and one that put customer safety above profit. It even issued national warnings urging the public not to take Tylenol and established a hotline for worried customers to call.

Tylenol relatively quickly reestablished its brand, recovering the entire market share it lost during the cyanide scare. Though things could have gone very differently, the episode’s most lasting legacy has been in the annals of public relations, not poison control: the case has since become a model for effective corporate crisis management.

Read the 1982 report on the poisonings, here in TIME’s archives: Poison Madness in the Midwest 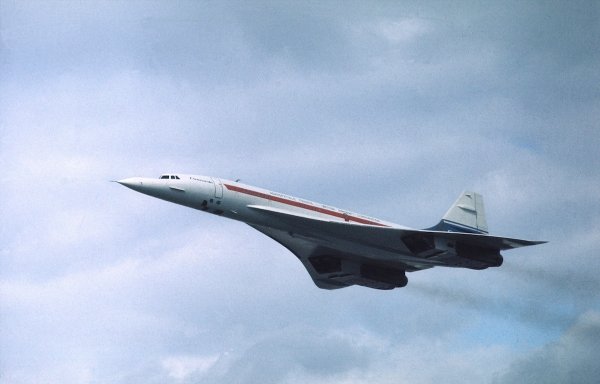 Concorde Discord: Insulted Prime Minister Gets Revenge With Airplane
Next Up: Editor's Pick