Answering All Your Burning Questions About the Call Me By Your Name Sequel, Find Me

Aciman tried for years to write a sequel to 'Call Me by Your Name' but struggled to find a way in; a chance encounter led to a breakthrough
By Rich Juzwiak

Twelve years after the release of André Aciman’s modern queer classic Call Me By Your Name, the author has done what once seemed impossible to him: he’s written a follow-up. Readers have long wondered what happens to Elio and Oliver after the summer they fall in love in the Italian countryside — particularly since the 2017 film adaptation starring Timothée Chalamet and Armie Hammer turned the story into a phenomenon — and Aciman is finally ready to provide answers.

But Aciman says that Find Me, coming Oct. 29, is not an “obvious sequel.” In an exclusive interview with TIME, the author explains why he chose to enter the story not through Elio or Oliver but instead through Elio’s father Samuel. Find Me does not simply continue where Call Me By Your Name left off — the new book’s dialogue-heavy vignettes fill in gaps left in the final chapter of the original, which flashed forward into brief scenes of the 20 years after Elio and Oliver’s intimate summer. A book that muses on big themes of love, fate and the effects of time, Find Me provides a lot to discover between the lines. Aciman answered all our biggest questions about the Call Me By Your Name sequel.

Why did Aciman finally decide to write a sequel?

It had something to do with Aciman finally writing a follow-up that satisfied him after years of trying, and something to do with his meeting a stranger on a train in 2016. A woman asked him to watch her dog while she stepped away, and he found himself crafting a scene around her. That scene became the opening of Find Me, with Samuel finding himself drawn to a woman half his age on a train to visit Elio in Rome.

But mostly, Aciman reinvested because Elio and Oliver never left him. “I love the characters,” he tells TIME. “It was wonderful to spend time with them when they were younger and it’s still wonderful to be with them again and to find [years later] they really haven’t gotten much older.”

Elio was the narrator of the first book; is Find Me also told from his point of view?

In some sections, yes. The book is split into four chapters, the first two taking up the lion’s share of pages. Elio’s longer section is the second; his father Samuel handles the first (titled “Tempo”). Samuel provided an emotional crescendo in Call Me By Your Name (as well as the film adaption) with his monologue expressing total acceptance of his son’s love for another man. Aciman explains that there were certain thematic beats he wanted to hit before handing the mic to Elio.

“I needed to get a lot of things set up, particularly the discussion about the fact that we are not in sync with either time or life itself,” he says. The book starts 10 years after the events of the first novel, with the conversation between a now-divorced Samuel and Miranda, the woman on the train. Their discussion chugs along at a speed to match the locomotive, and it becomes clearer and clearer that romance is brewing.

Chapter Two (“Cadenza”) presents the age dynamic in reverse, as Elio tells of his infatuation in France with a man at least twice his age named Michel. Chapter Three (“Capriccio”) touches base with Oliver in New York, and Elio returns in the book’s closing chapter, “Da Capo.”

Yes, Call Me By Your Name superfans might recall that when Oliver returns to the house he stayed in that magical summer 11 years later, there is no indication that Elio’s parents have split up.

“It happens,” Aciman says of the narrative discrepancy. “You just don’t do the math — you go with what you think.” Whatever Samuel was in Call Me By Your Name, he is indeed single when we meet him again in Find Me.

What happens with Oliver in Find Me?

Aciman has previously talked about Oliver being hard for him to access, telling Vulture, “I don’t know who he is. I’ve never been in his head.” But he shifts easily into Oliver’s perspective for the first time in the sequel. “He got older,” Aciman says. When Find Me catches up with Oliver, after a few time shifts, he’s around 40 years old. “He’s the kind of guy who says, ‘I used to be able to do this. What happened to me?’” Aciman says. “He’s basically realizing he’s no longer the prime candidate in other people’s lives. Other people have their own lives, their own partners, and they’re not going to give them up for him.” Aciman describes Oliver as facing questions about the life he has lived and how he thinks about his own character. “When someone has some kind of internal hurdle,” the author says, “then I can understand them.”

Aciman is big on intergenerational romance, isn’t he?

Indeed, at least in this literary universe. The age differences between lovers in Find Me almost feel like Aciman is doubling down in response to the (relatively minimal) criticism Call Me By Your Name received for portraying a love affair between a 17-year-old and a 24-year-old. That said, everyone in Find Me is grown up — just some more than others.

“For an older person, a person who’s significantly younger is always filled with energy, with promise,” Aciman says. Miranda is in her 30s, while Samuel is in his late 50s or early 60s, and Aciman sees them each providing something the other needs. “She brings a degree of energy that he doesn’t have,” he says. “On the other hand, he brings a sense of distance and equanimity and reason and wisdom.”

While Aciman says he is sensitive to the criticism of the first book, he doesn’t necessarily agree with it. “That’s the novel that came into my head and that’s how I wrote it,” he says. “It was also a very, very, very consensual relationship.”

Why are the chapter titles in Find Me musical terms?

Aciman is a deep admirer of classical music. He tells TIME he wanted to use musical terms “Tempo,” “Cadenza,” “Capriccio” and “Da Capo” to underline the theme of music throughout the novel. Elio has grown up to be an accomplished pianist and the owner of an encyclopedic knowledge of the art form.

“I wanted to say that classical music is a way of partitioning the lives of these people,” he says. His characters not only love classical music, but also have the cosmopolitan sophistication and a musical way of speaking that evokes it. “These people have lives that could be, in theory, seen from the vantage point of classical music. It gives a certain coherence to everything about them.”

Will the Call Me By Your Name sequel be made into a film?

Fans are eager for a second film — and Chalamet himself has said he and Hammer are “1000% in.” Luca Guadagnino, the director of the Call Me By Your Name film, has spoken about writing a sequel that prominently features the AIDS crisis. The filmmaker tells TIME that he would like to meet with Aciman, who collaborated with him on the original film, to discuss combining their visions.

Didn’t Elio and Oliver part ways for good at the first book’s conclusion? Are we being set up for more heartbreak?

Aciman has a coy answer for this most burning of questions about the Call Me By Your Name sequel. “At the end of Call Me By Your Name, everybody assumes that they’re separating,” Aciman says. “I didn’t say that. I said this is what might happen. I might take him to the door of the car and say goodbye to him.” Aciman reminds us that these lines are all in Elio’s head, so nothing is definite.

Find Me suggests in all manner of ways that good things come to those who wait. 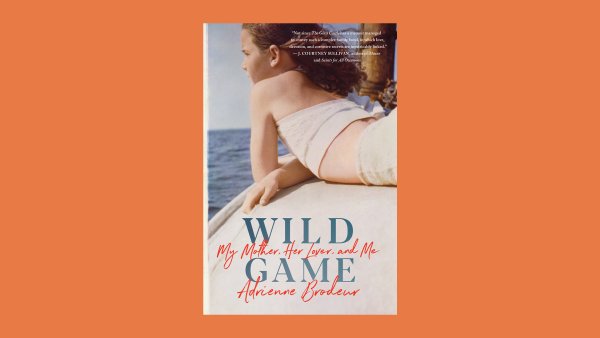 Her Mother Asked Her to Help Hide Her Affair. Now She's Reflecting on the Damaging Family Secret
Next Up: Editor's Pick