A Beijing film festival has dropped acclaimed gay romance Call Me By Your Name from its official program, distributors told Reuters Monday.

No official reason was given for the sudden change of plans at the Beijing International Film Festival.

Homosexuality is not illegal in China, but lesbian, gay, bisexual and transgender topics, conferences and art have often, controversially, come under scrutiny or been blacklisted.

Wu Jian, a Beijing-based film analyst, told Reuters that it was “quite embarrassing for China” that the Oscar-winning film was pulled from the April festival’s lineup.

“This movie is in deviation from the policy environment in China,” he said.

Read more: Call Me By Your Name and The Shape of Water Fearlessly Display Love

The decision to drop the film comes amid the Chinese Communist Party’s tightening grip across all aspects of society, including stricter regulations of media and entertainment.

A rubber-stamp parliament voted earlier this month to bring film, news and publishing under the control of the party’s publicity department.

Festival organizers reportedly declined to comment on the change in the film screening lineup.

Beijing is reportedly not the first to pull the feature film. Last month, Tunisia banned Call Me By Your Name due to its “subject” matter, according to AFP. 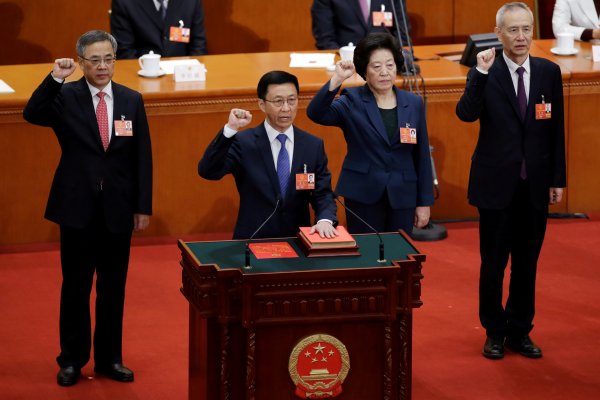 Meet the Men (and 1 Woman) Filling China's Top Posts
Next Up: Editor's Pick