A police shooting outside a Walmart in El Paso, Texas on Wednesday night left shoppers stuck inside the store and a suspected car thief dead.

Few details of what happened were immediately available, but the El Paso Police Department on Thursday morning tweeted that the incident began when two officers approached a possible stolen vehicle in a Walmart parking lot on Montana Avenue. “The driver attempted to flee,” according to the tweet, “and the officers were dragged.”

When the driver attempted to escape, according to the police department, one officer shot and killed the driver. Both officers were transported to a local hospital to treat their injuries, which were described as “relatively minor” by Charley Wilkison, the head of the Texas’ biggest police union.

The incident comes two and a half months after a gunman targeting Hispanic shoppers opened fire at another Walmart store in the border city, killing 22 people. Wednesday’s shooting happened about 9 miles from the Walmart that was the site of the Aug. 3 mass shooting.

On Wednesday night, a police spokesperson said shoppers were still inside the Walmart at the time of the shooting and would have to be escorted out by authorities so investigators could preserve the crime scene.

“Right now the main concern is for the people that are in Walmart to get them out without disrupting the scene,” he told reporters.

El Paso police said that customers would need to be picked up by family members because they wouldn’t be allowed to take their cars out of the parking lot.

As of Thursday morning, the scene remained closed and customers were not allowed to pick up their vehicles, according to the police department. 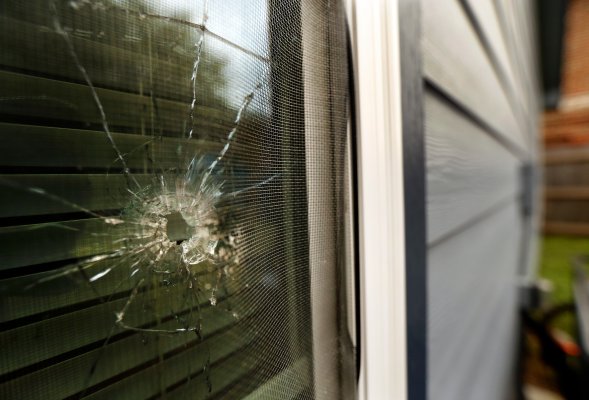 Police Shooting Strengthens Distrust in Fort Worth
Next Up: Editor's Pick