The Catalan Independence Movement Has Proven Its Strength. Now Spain’s Government Must Talk to Us

Francesc Pujols, one of the last century’s most renowned Catalan philosophers, said that “Catalan thought will always grow anew and survive those who would foolishly bury it”. It’s a phrase that still rings true today.

Two years after the start of a campaign of repression against the Catalan pro-independence movement intended to ‘decapitate’ it, in the words of the then Vice-President of the Spanish Government, the resurgence of mobilizations, protests and civil disobedience actions in Barcelona and elsewhere has been overwhelming.

No, the Catalan independence movement was not just a flash in the pan. It has not been quashed, as claimed by those in the government who seek to bury it and as reported in the pliant Spanish media. The movement has always existed and will continue to exist until the political conflict is resolved.

A week ago, we heard the Spanish Supreme Court’s ruling on the case of some of the people responsible for the independence process. They were sentenced to between 9 and 13 years in prison. This was a conviction not just against the members of my government, but against the 2.3 million Catalans who made the self-determination referendum possible on Oct. 1 2017.

The convictions have triggered a reaction that is impossible to understand for those who still ascribe to the belief that the referendum is a ‘crime’ punishable by harsher sentences that those given for manslaughter. Surely no society would revolt over a fair sentence, nor stand in solidarity with the masterminds behind a crime of such severity. The reason that there has been such an uprising and an outpouring of solidarity is because the sentence is not fair nor are the people convicted guilty of any crime.

The crisis that we are experiencing is not regional, or internal, but international. It affects a Europe that has so far remained silent in the face of violations of human rights committed by an E.U. member state. This is not just an opinion, it is a fact asserted by the United Nations Working Group on Arbitrary Detention.

European democrats should feel a moral obligation to get involved because, for the first time ever, members of a legitimately elected government and parliament have been imprisoned because of their political decisions. The damage to fundamental European values, which have always been based on the will of the people, may be irreversible if we permit attitudes that we used to think only existed in other regions around the world.

For the last two years, I have been living in exile in Belgium. I now face a third arrest and extradition warrant, after the first two were withdrawn by Spain. I am currently free, but await the ruling of the Belgian courts. Meanwhile, I have brought a claim to the European Court of Justice asking that they uphold my rights as a Member of the European Parliament. I was elected in May with almost a million votes in Catalonia, an election of which the Spanish state refuses to notify the relevant officials of the European Parliament.

This is not simply a domestic affair nor a crisis that can be swept under the carpet any longer. The value we attach to the vote is at stake, the value of the will of the people as the basis of the European way of life. Its resolution will have an impact on European democracy.

I am often asked why I think that the Spanish state systematically refuses to meet us to discuss and find a political solution to the conflict, negotiated and jointly agreed. I am asked why there is so much hostility towards our movement in Spain as a whole.

One answer came this weekend in an article by author John Carlin, in the newspaper La Vanguardia, owned by an aristocratic family with close links to the Spanish monarchy. Carlin, an independent journalist, writes that “They win more votes in Spain by hitting and beating Catalan independence supporters, and Catalans in general, than by dialoguing with them”.

In my opinion, the true explanation goes even deeper. In the mindset of Spanish politicians, resolving the problem means eliminating it, whether it be by imprisoning its leaders, threatening and persecuting mayors, members of parliament and social leaders, or even intimidating voters. The idea of reaching compromises, recognizing the other party’s point of view and making concessions is completely alien to Spanish political culture, which is probably more influenced by the weight of the colonial empire that spread around the globe through violence and extermination. Compromise is seen as synonymous with cowardice. Empires do not make concessions, they impose conditions.

You can see this mindset in Spain’s inability to reach agreements to form coalition governments. Spain is the only large European country that has never had a coalition or cohabitation government in the modern era. Never. As a result, on Nov. 10, the country will head back to the polls for the fourth legislative elections in four years.

This highlights the absolute failure of the Spanish political system. It is not capable of building alliances to ensure political and economic stability in times of great global uncertainty, especially in Europe. Spaniards have had to vote in national elections four times within the period that they should have voted only once, all because of the inability to concede, adjust their position and build alliances with others.

When the leader of the Spanish government refuses to answer the telephone calls from Quim Torra, the president of the Catalan government, this is the explanation. There is nothing to negotiate, so nothing to discuss. They are placing dynamite under the bridges over which democracies run, that is the bridges of dialogue.

It is more urgent than ever before that the Madrid government sits down and talks. Pedro Sánchez has to pull his head out of the sand and deal with reality, even if it is a reality that he does not like and with which he feels uncomfortable. Convicting people to 13 years in prison, using repression as the only method of response and assigning the work of politicians to the courts has already proven not to work over the past two years. Their remedy has proven far worse than the illness.

I ask Prime Minister Sánchez to sit down and talk. 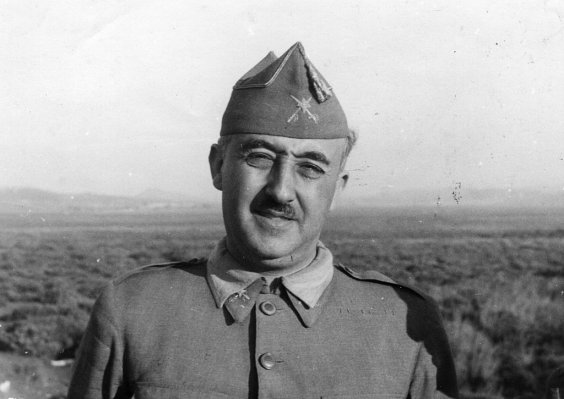 Why Is Spain Digging Up the Remains of Its Former Dictator Francisco Franco?
Next Up: Editor's Pick