Kid Hurtles Down Concrete Steps to Make Getting Around More Adventurous

Home Alone may have come out nearly 20 years ago, but it seems to still be inspiring kids to this day. In a video that begins with a stunt similar to Kevin McCallister’s sled ride down his family home’s stairs in the classic Christmas movie, a kid can be seen hurtling down a set of concrete steps in what else but a kayak.

The now-viral clip, which was recently posted on the short-form video app TikTok by user RobloxGamer69, then transitions into shots of the same young man performing two more death-defying kayak stunts. The first involves him balancing on a swing while sitting in the Kayak, which only lasts for a second before the kayak falls forward. And the second, the most dangerous of the three by far, sees him plunge down a playground slide from the top of the the slide overhang.

The montage is even set to a flute version of Celine Dion’s “My Heart Will Go On” for added dramatic effect.

Definitely don’t try this at home, kids. But watch the video below. 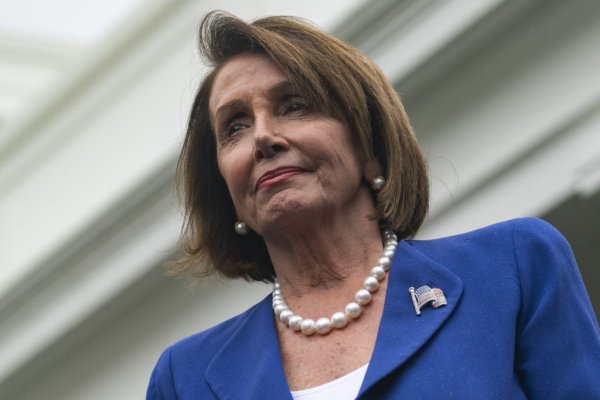 Nancy Pelosi Used Twitter to Troll President Trump Back After He Claimed She's 'Unhinged'
Next Up: Editor's Pick