A few weeks ago, Jennifer Garner announced to the world via her very delightful Instagram that she and her eldest daughter got lost in a kayak in Sweden this summer. In the post, Garner mentioned that despite paddling “as hard as we could for 100 hours,” they ended up in a shipping lane and had to be rescued by a mysterious hero named Mattias. As might be expected, this scintillating tale left many of her followers with questions, which were all answered when Garner appeared on The Tonight Show with Jimmy Fallon on Wednesday night.

In the interview, Garner explained how the pair ended up in Sweden. Apparently, her daughter had done a class project on Sweden that interested her so much that she thought that “maybe” she was a socialist, prompting Garner to whisk her away to Sweden for a quick trip before her daughter began middle school.

After arriving in Stockholm, Garner revealed that she and her daughter accidentally drifted into a shipping lane that led to the ocean and that to distract them from the current, she had an apropos suggestion: “La la la, let’s sing Mamma Mia! We’re in Sweden.” After calling for help from the kayak company, a very blonde employee named Mattias came to Garner and her daughter’s rescue. 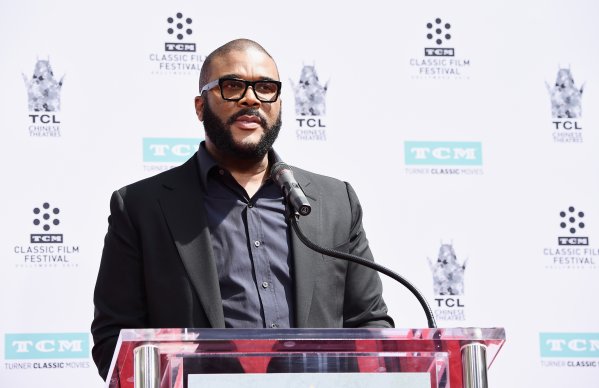 Tyler Perry Offers Former Cosby Show Actor Work on New Show After He Got Shamed for Trader Joe's Job
Next Up: Editor's Pick