Wheel of Fortunehost Pat Sajak is used to contestants having a way with words—after all that’s the focus of the game show. However, he was taken aback when a recent guest let loose with a torrent of words never before heard on the show.

In a clip from the long-running game show, which was tweeted on Tuesday, as part of his duties as host, Sajak innocuously asked contestant Blair Davis about his family. It’s the game show version of small talk, so what Davis said in response was quite unexpected.

“I’ve been trapped in a loveless marriage for the last 12 years to an old battle-ax named Kim,” Davis said, completely straight faced. While the studio audience laughed, Davis wasn’t done yet. “She cursed my life with three step-children named Star, R.J., and Ryan and I have one rotten grandson.”

While the answer seemed to take Sajak by surprise, he has been doing his job a long time and had a quick retort. “No wonder you came here,” he quipped. “You just wanted to get away from everybody.”

Luckily for Davis and his emotional well-being, his comments were all in jest, which Sajak confirmed. “I know you’re being facetious — one would hope,” the host optimistically suggested and Davis admitted he was just joking. “Absolutely,” Davis told him. “I love ’em like nobody’s business.”

The moment has gone viral, creating more buzz for the show than the time a contestant mispronounced “flamenco” and cost himself a victory or when a woman failed to solve the easiest puzzle ever. 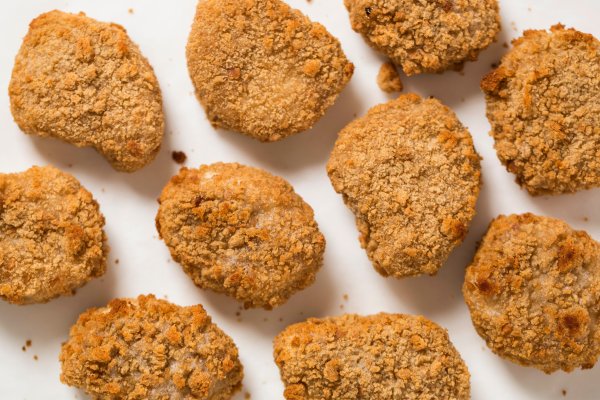 Bride Is Likely More in Love With This Chicken Nugget Bouquet Than the Groom and Who Can Blame Her?
Next Up: Editor's Pick