During White House Meeting, Trump Surprised Family of Dead U.K. Teen by Offering to Introduce Them to Woman Suspected of Killing Him

President Donald Trump surprised the family of a British teen killed in a road accident by offering to introduce them to the diplomat’s wife who is allegedly responsible for his death.

Harry Dunn’s mother, Charlotte Charles, told Sky News that the “bombshell” offer was dropped on them during their 15-minute meeting with Trump at the White House on Tuesday.

The parents told the U.K. news outlet that they were surprised when Trump told them Anne Sacoolas, the woman suspected of hitting their son in the fatal road accident in the U.K. in August, was also at the White House, and willing to meet. Sacoolas, the wife of a U.S. diplomat, left the U.K. after the fatal crash and the State Department has blocked British investigators by claiming diplomatic immunity.

With the help of the Dunn family’s activism, the incident has made international headlines. For weeks they have been pleading with British and American officials to bring Sacoolas back to the U.K. to face justice.

“The bombshell was dropped not soon after we walked in the room that Sacoolas was in the building and was willing to meet with us,” Charles said. “We made it very clear, as we’ve said all along, we will meet with her and we are still willing to see her… but it has to be on our terms and on U.K. soil.”

Although they were surprised by the circumstances surrounding the meeting, the Dunn family said that they were pleased with how Trump otherwise handled the meeting.

Charles called Trump “gracious,” and said that when the family asked him to put himself in their shoes and consider what he would do if was his son, Trump told them he would “push to look at this from a different angle.”

But Tim Dunn, Harry’s father, told Sky News in the same interview that Trump did not suggest returning Sacoolas to the U.K. and that the surprise meeting was not what the family had in mind. “We said from the start that’s not what we wanted,” Dunn said. “We weren’t ready to meet her and we felt a bit rushed.”

On Wednesday, Trump told reporters that Prime Minister Boris Johnson had urged him to meet with the Dunn family, and confirmed he set up the surprise meeting believing that the Dunn family would want to meet Sacoolas.

“I offered to bring the person in question in and they weren’t ready for it,” Trump told reporters at the White House.

Trump added that car accidents in the U.K. caused by drivers driving on the wrong side of the road were common. “That happens to a lot of people by the way,” he said.

According to 2016 data from the World Health Organization, the road traffic death rate in the U.S. is four times higher than in the U.K.

Mark Stephens, the Dunn family attorney, told Sky News in a video interview that the reason Dunn’s family went to the White House was to make a “heartfelt plea to the President for justice.” Instead, Stephens said Trump surprised the family with Sacoolas and his plan to present them as a “happy family,” to waiting reporters.

Northamptonshire Police confirmed that a 42-year-old American woman — who has been identified by U.K. Foreign Secretary Dominic Raab as Sacoolas — is the suspect in a car crash that killed 19-year-old Dunn on Aug. 27. According to police, Sacoolas left the country even after telling authorities she had no plans to do so.

Sacoolas’ relationship to her husband, a U.S. diplomat, gives her diplomatic immunity, allowing her to avoid arrest for almost any crime unless the U.S. decides to revoke it. The State Department told TIME in a statement that immunity was “rarely waived.” 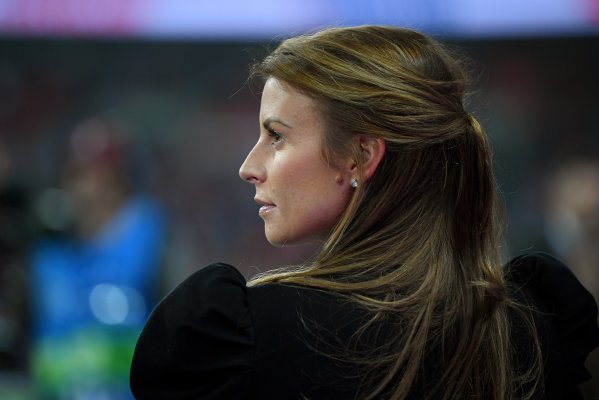 The Internet Has Dubbed This British Celebrity 'WAGatha Christie' After She Faked Instagram Stories to Catch Out a Friend Leaking Details to a Tabloid
Next Up: Editor's Pick