An American Prosecutor Has Been Shot Dead in Micronesia

An American lawyer and acting attorney general for the Yap state of Micronesia, a group of Pacific Islands west of the Philippines, was killed by a gunman Tuesday after returning home from a jog. Rachelle Bergeron was shot in the upper leg and upper torso outside of her home, according to the Associated Press. Her dog was also killed.

Bergeron’s husband was at home when the shooting happened around 7 p.m. Police and friends arrived on the scene and rushed her to the the Yap Memorial Hospital where she was pronounced dead on arrival, according to the AP.

“Today marks a tragic day in our history. We are under the watchful eyes of the world,” said Yap Governor Henry Falan in a public statement. “Yap’s spirit is broken by this senseless and heinous act.”

Falan said the shooting is under investigation. No one has yet been arrested as a suspect.

One friend of Bergeron’s, Amos Collins, told the AP that he considers Yap a safe place and often leaves his car unlocked.

Yap is one of four of the Federated States of Micronesia, Pacific islands located about 2,500 miles southwest of Hawaii. Bergeron moved to Yap in 2015, though originally from Wisconsin, to begin working there as the assistant attorney general. Her friends tell the AP that Bergeron had been planning to move back to the U.S.

Another friend Julie Hartup, told the AP that Bergeron and her husband were close to celebrating their one-year wedding anniversary.

The Federated States of Micronesia were once trustee territory of the U.S. until the states implemented their own constitution in 1979, entering into a compact of free association in which the U.S. provides financial support. Bergeron had taken on the role of acting attorney general in January, the AP reports.

The original version of this story misstated the location of the Yap state of Micronesia relative to the Philippines. Yap is to the east of the Philippines, not the west. 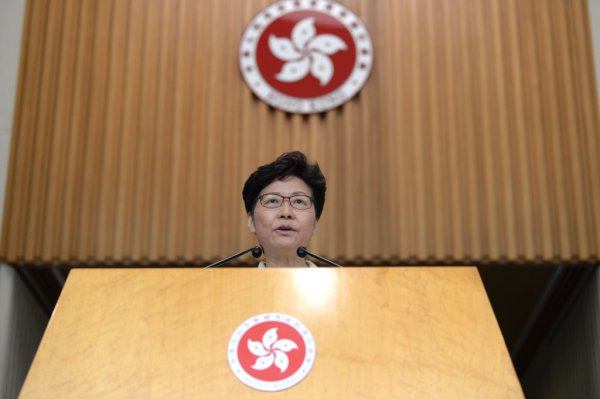 Hong Kong Leader to Give Key Address Amid Political Crisis
Next Up: Editor's Pick