Five of the Solomon Islands have disappeared into the Pacific Ocean due to rising seas and erosion, in what Australian researchers say is the first major effect of climate change on the coastlines and people of the Pacific.

The Solomon Islands archipelago has seen annual sea levels rise as much as 0.4 inches, according to research published in Environmental Research Letters. Using aerial footage, radiocarbon dating of trees and traditional knowledge, researchers discovered that five tiny islands that existed in 1947 had completely disappeared by 2014.

On top of the uninhabited, submerged islands—which range in size from 2.5 to 12.4 acres—six other islands have seen chunks of land washed into the sea, forcing entire villages on two of them to be relocated. One of the islands affected was Nuatambu, which lost half its habitable area since 2011, including 11 houses.

The Solomon Islands is a nation made up of hundreds of islands, with a population of about 640,000 people. 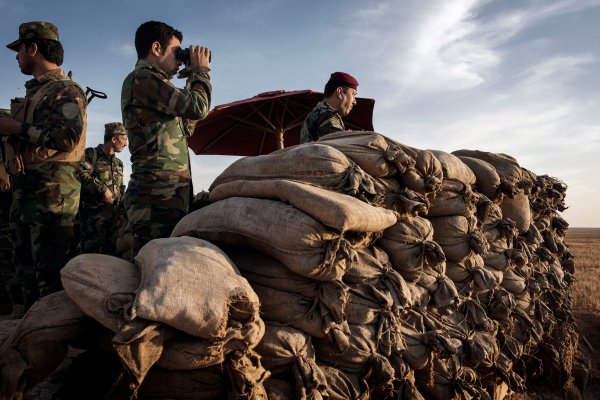 ISIS Battle in Iraq Stalled by Ethnic and Religious Strife
Next Up: Editor's Pick