Your Halloween Hero Has Arrived. It's 'Charlie' Fighting Back Against a Rude Animatronic Spider Because He Does Not Suffer Fools

Some kids cower in fear when encountering spooks and frights in the Halloween store. This kid is not that kid. A little boy named Charlie came back swinging after an encounter with a large spider.

A scarily funny video that has now gone viral shows a hairy black spider popping out of its cardboard lair and knocks into him the horror of a little boy named Charlie.

Perhaps the spider wasn’t expecting much of a response. Sure, Charlie is temporarily startled. But then he comes back swinging, throwing punches at the spider. He even grabs its battery-operated head to get the spider under control.

“Charlie! it’s O.K.,” his dad can apparently be heard saying in the video. No it wasn’t. Not at all. Charlie wanted revenge.

“Let me hit him,” he pleads to his parents who insist it’s time to go.

It has garnered nearly 900,000 shares on Facebook. The commenters are absolutely loving his reaction. Loving it. The rapid switch from scared to courageous is the reason why this video should be shared for motivation.

At a time when obstacles are coming at you daily, the world’s eyes are upon him performing this hilarious feat of self-defense against toys.

Frank Frank posted the video with a spider and punch emoji, which is exactly how this video went down.

Enjoy this child seeking and getting revenge at the Spirit Halloween in the video below. 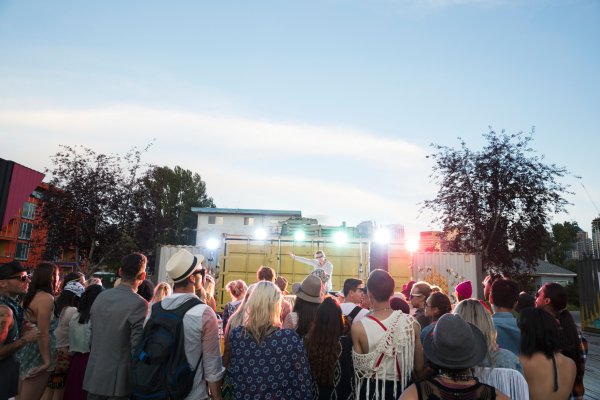 This Atlanta Pride Deaf Interpreter Is a Dancing Hero
Next Up: Editor's Pick