On October 15 the Democratic presidential candidates will once again have the opportunity to debate their positions on a range of issues affecting this country. Let’s hope that this go-round we hear their visions for Digital America. Yes, health care, immigration, climate change and other topics that consumed the previous debates are important. Yes, impeachment is on the front page. But what is the agenda that provides hope and opportunity for Americans in a new digital-based economy?

So far, much of the campaign focus on the new economy has been reduced to a misleadingly simple “break ‘em up!” solution for Big Tech. But the practical problems created by the digital economy are more complex and how we evolve from policies designed for an industrial era to policies designed for an information era is a simmering challenge that will come to a boil under the next President.

Digital technology has created a new kind of alchemy where our personal information is converted into a corporate asset. The failure of the federal government to establish a privacy policy has left a void that has been filled by states like California and supra-national groups such as the European Union. Congress says it’s working on something; the companies say they can support something – which means candidates should share their views on what that something should be. What level of access to personal information should digital companies have, and how would candidates balance that access with our right to protect our privacy?

After collecting our personal information, digital companies then hoard it. It is a classic monopoly bottleneck that advantages the dominant companies over anyone else who might have a need for the asset. What do the candidates propose to do when new companies cannot get a market foothold, and old companies can’t evolve, because the data they need to generate revenue is locked up by the big companies?

The purpose of antitrust enforcement is to promote a competitive market. But breaking up Big Tech into Smaller Tech does not solve the root issue of appropriating private information for corporate profit. What do the candidates think about a collection of “Mini-Me” companies driven by the post-breakup competition to discover even more ways to exploit and hoard personal information?

Antitrust cases are also long and drawn out – it was 10 years between the filing of the AT&T antitrust case and the division of the company. Antitrust law is ultimately decided by the Supreme Court, where a majority of the present court appears to favor a more constricted construction of antitrust statutes. What are the candidates’ plans to avoid freezing the status quo for multiple years on the way to a probable Supreme Court defeat?

Beyond corporate size, what are the companies’ duty to care about the effects of their activities on consumers and competition? For hundreds of years common law has established that companies anticipate and attempt to mitigate potential harm from their actions. How do the candidates think that idea transfers to the 21st century?

Anyone watching congressional hearings around these issues has witnessed the imbalance of expertise. This is an opportunity for candidates to explain whether government can get up to speed with technology, and if so, how. Technology has eliminated the time buffer that used to give society, economic activity and regulation the opportunity to catch up. How do the candidates propose to evolve from institutions that were developed at a time when it took 125 years for telephones to connect a billion users to today when Google’s Android mobile operating system sped to that threshold in less than six years?

In an era when computer science is all about machine learning and artificial intelligence, candidates should propose how to deal with the effect on jobs, education and running the government itself. How do candidates plan to give Americans concerned about future employment hope that they will have a role in the digital future?

As we participate in this democratic process, we should also be asking the candidates how they intend to preserve our democracy in the digital era. Yes, Russia and other governments are using the internet to interfere in our elections. But there is an even more pervasive threat: democracy requires the suspension of tribal instincts in favor of the greater good, yet the digital business model relies on tribalizing the population to sell targeted advertising. Do the candidates recognize the correlation between increase in political polarization, the increase in wealth disparity and the introduction of new technology? If so, how would they govern amidst those realities?

If these issues are important – and I believe they are – it is time for the candidates to tell us what they would do. Give us their vision of the blueprint for democracy, opportunity, fairness and competition in the digital economy. 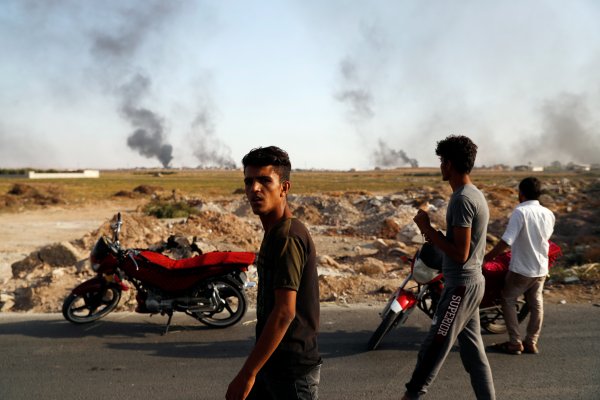 What Happens Next in Syria After Turkey's Invasion
Next Up: Editor's Pick