Netflix has earned a reputation for a couple of things: first, releasing a seemingly endless scroll of series and movies, and second, rarely sharing how many people watch said entertainment.

Over the last few years, Netflix has selectively shared some viewership details, offering limited peeks into the way its internal system works. These revelations, sometimes offered via social media and sometimes in the company’s quarterly earnings reports, have prompted some criticism. For one thing, Netflix does not employ an outside agency to track its viewership. For another, the numbers are often provided in what feels like a vacuum, lacking the context necessary to judge whether the streaming service’s programs are successful.

While television networks offer their own analyses of viewership, they also rely on independent firms like Nielsen, which provide viewership data across multiple channels. While Nielsen has also tracked Netflix data since 2017, and has backed up some of Netflix’s own claims about its viewership, the streaming service has dismissed the company’s findings.

Without independent analysis or additional context, questions have arisen over the accuracy of Netflix’s claims and the way the platform counts its viewers. The company said it is counting “views” as household accounts that “chose to watch and did watch for at least 2 minutes” of a title in its fourth-quarter earnings announcement, released in January 2020. Under the new viewership measurements, Netflix says its new fantasy series, The Witcher, is on track to be its biggest first season of a television series ever, with 76 million member households watching at least two minutes of the show.

Previously, Netflix measured views as one member account watching at least 70% of a movie or series episode.

Timing also varies in measuring how many people watch something on Netflix—numbers could reveal the total viewers after one week or one month. Alternatively, some data shared by Netflix comprise projections of what a project is expected to garner in views.

Netflix’s spate of original movies also complicates the numbers story the company is telling. Films from the streaming service, like The Irishman, Marriage Story and The King, were released in a limited run in theaters before they become available on streaming, and information on box office performance has not been released by the company. There is no publicly available box office data for the platform’s multiple-Oscar-winning Roma, which saw a brief run in theaters before arriving on the platform last year. In December, Netflix head of original films Scott Stuber told Variety the company is working on a way to make its streaming data more transparent.

“You’ll see more numbers from us, more transparency, more articulation of what’s working and not,” he said. “Because we recognize it’s important, sometimes to the creative community. It’s important to the press. It’s important to everything. So we were definitely headed in that direction as a company.”

Stuber added that Netflix wants to release data in a way that gives audiences and media the right context to evaluate a movie’s success.

Still, the numbers that trickle out of Netflix do provide some insight into what the company is willing to make public and what it considers its flagship shows and movies. Namely, Netflix appears to share results when certain projects do particularly well or set new viewership records. The company released a list of its top 10 most popular original movies in July 2020, saying the films Extraction and Bird Box are its top two most-watched original movies. Here are the most popular Netflix series and movies, according to Netflix—bearing in mind that many of the numbers below were measured over unequal periods of time.

With the release of its seventh and last season in July 2019, Netflix said 105 million households watched at least one episode of the show over the course of its run, making the series its most-watched original ever. The show’s popularity was echoed in an independent poll commissioned by MoffettNathanson earlier in 2019, in which users named Orange their favorite Netflix show, followed by Stranger Things.

The Chris Hemsworth-starring action movie, which debuted on April 24, 2020, drew 99 million viewers in its first four weeks on Netflix. It marks the largest audience for any of the company’s original movies, according to Netflix’s list, obtained by Bloomberg.

The Sandra Bullock-led thriller was watched by 89 million accounts in its first four weeks on the platform, Netflix said in July 2020. The film had more than 45 million views in its first week on Netflix, and had the best first seven days ever for an original movie on the platform.

The action movie starring Mark Wahlberg as an ex-cop racked up 85 million views in its first four weeks on Netflix, according to the top 10 list the company released in July.

Ryan Reynolds leads this action thriller, which amassed 83 million views in its first four weeks on the platform, per Netflix’s top 10 list released in July.

The fantasy series starring Henry Cavill drew 76 million views in its first four weeks on Netflix, according to the company’s fourth-quarter earnings report. The number comes with a caveat — Netflix has changed how it defines “views” from counting accounts that watched at least 70% of a single episode of a series to accounts that watched a show for at least two minutes. Under the new metric, The Witcher becomes Netflix’s most-watched first season of TV ever, according to the company.

Netflix said its Adam Sander-Jennifer Aniston vehicle amassed 73 million views in its first four weeks. The company said the movie was the most successful film from its partnership with Sandler. The actor and comedian signed a four-film deal with Netflix in 2017, adding onto a four-movie deal made between the company and his Happy Madison Productions in 2014. In 2016, Netflix said The Ridiculous Six, one of the films from the Happy Madison Productions deal, was one of the most-watched original films to debut on the platform.

Netflix said in October that 64 million member households watched the third season of its hit series Stranger Things in the season’s first four weeks on the platform. According to Netflix, it’s the most-watched season to date.

IndieWire reports the high-budget film, which counts stars like Ben Affleck and Oscar Isaac among its cast and cost $115 million to make, earned 63 million views, according to a statement from Netflix’s chief content officer Ted Sarandos. The film ranked as Netflix’s seventh most popular original movie in July 2020.

The David Spade comedy found 59 million views in its first four weeks on Netflix, the company reported in 2020.

The Noah Centineo rom-com (which followed his breakout 2018 role in Netflix’s To All The Boys I’ve Loved Before) was watched by 48 million accounts in four weeks, Netflix said.

Netflix said in April that its series The Umbrella Academy earned 45 million views in its first four weeks.

Netflix said in its third-quarter earnings report for 2019 that the third season of the Spanish crime show Money Heist became the most-watched series in its non-English language regions, with 44 million accounts watching.

A film about a particularly tall high school girl navigating her insecurities, Tall Girl was watched by 41 million households in its first 28 days on Netflix, the company said in October.

Woody Harrelson, left and Kevin Costner in "The Highwaymen" on Netflix.
Hilary B Gayle/SMPSP

The Kevin Costner and Woody Harrelson-led drama, about the Texas Rangers tasked with tracking down Bonnie & Clyde, was projected in April to earn 40 million views in its first month.

The Lifetime original series starring Penn Badgley as a stalker swelled in viewership when it was picked up by Netflix in December last year, with more than 40 million members watching the show in its first four weeks, Netflix said in January.

The charming British series in which teens and adults alike navigate the awkwardness of sex was watched by 40 million accounts in its first month, Netflix said in January.

Also in October 2019, Netflix said 40 million households tuned into its Brenda Song-starring thriller Secret Obsession in its first four weeks on the platform.

In its second-quarter earnings report revealed in July, Netflix said 33 million households tuned in to the nature documentary, surpassing the 25 million views the company had projected. According to Netflix, Our Planet is now the service’s most-watched original documentary series.

Based on a 2015 article from ProPublica and The Marshall Project about a real-life serial rapist, the series Unbelievable starring Toni Collette, Merritt Wever and Kaitlyn Dever was watched by 32 million member households in its first 28 days on Netflix, the company said in its third-quarter report released in October.

The twisty series starring Christina Applegate and Linda Cardellini as two women who meet in a bereavement group garnered 30 million views in its first month, Netflix said in July.

Anglea Bassett, Felicity Huffman and  Patricia Arquette try to find themselves anew in 'Otherhood,' the next beat in the 50-plus women genre.
Netflix

The movie about a trio of mothers (Patricia Arquette, Angela Bassett, Felicity Huffman) who feel forgotten by their children found an audience of 29 million households in its first four weeks streaming, Netflix said in October.

The followup to the highly-acclaimed AMC show Breaking Bad picks up where the series finale left off six years ago, focusing on what happens to the character Jesse Pinkman (Aaron Paul) as he flees his old life in pursuit of a better one. Netflix said in October that 25,734,392 households watched the movie, which launched Oct. 11 both on the platform and in a limited number of theaters, in its first seven days on the service.

Netflix revealed the viewership data after Nielsen estimated that about 8.2 million viewers tuned in to El Camino over its opening weekend.

Directed by Ava DuVernay, the series about the Central Park Five case drew 25 million views in its first four weeks, Netflix said in its earnings report in July. DuVernay said in June 2019 that more than 23 million people had watched the series.

One of two competing documentaries about the disastrous Fyre Festival (the other one came out on Hulu), Netflix’s take on the music festival that wasn’t found 20 million views in its first month, the company said in April.

In January, Netflix said the Spanish-language series about working-class students who attend a private school got more than 20 million views in its first four weeks. 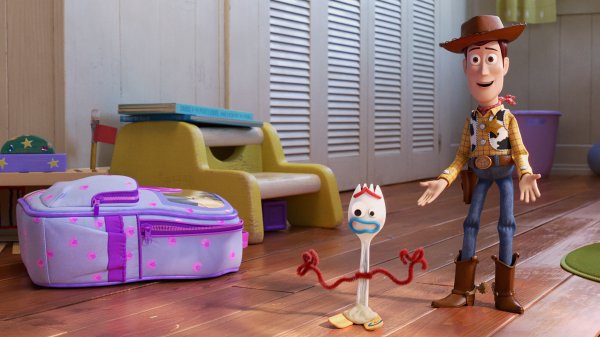 Here's Everything New on Amazon Prime Video in October 2019
Next Up: Editor's Pick