The wife of a U.S. diplomat allegedly involved in a fatal car accident will not return to the U.K. for further questioning, according to “secret” briefing notes accidentally shown by U.S. President Donald Trump on Wednesday at a press briefing.

The briefing notes, marked “secret”, revealed that U.S. Secretary of State Mike Pompeo told U.K. Foreign Secretary Dominic Raab that the “spouse of the U.S. Government employee will not return to the United Kingdom.” They were captured in a photo by a Washington Post photographer during a press conference on Oct. 9.

U.K. officials, including Prime Minister Boris Johnson, have urged the U.S. to waive diplomatic immunity for the wife of the U.S. diplomat, named in British media as Anne Sacoolas, after she fled the U.K. following a car crash on Aug. 27 this year which killed British teenager Harry Dunn. The vehicle was driving on the wrong side of the road when it crashed into Dunn’s motorbike head-on, Northamptonshire police said in a statement. Sacoolas was allegedly behind the wheel in the crash which killed the Dunn, 19.

Northamptonshire Police Superintendent Sarah Johnson confirmed in a statement on Oct. 5 that the suspected driver, a 42-year-old American woman, left the country despite telling the police she had no plans to leave the country in the near future. Police want her to return to “enable Northamptonshire police to complete their investigations and justice to be served for Harry Dunn and his very distraught family,” Stephen Mold, the Police, Fire and Crime Commissioner for Northamptonshire, told TIME.

President Trump’s briefing notes also said that it is up to the diplomat’s wife to consider whether to speak to British investigators. It read: “(If raised) Note that the spouse of the U.S. Government employee will have to consider, based on the advice or her legal counsel, whether to make herself available for questioning by British authorities.”

Despite having the notes at the press conference, when asked about the case, President Trump did not read from the notes. Instead he said: “It’s a very complex issue as you know. So a young man was killed. The person that was driving the automobile has diplomatic immunity. We’re going to speak to her very shortly and see if we can do something. It was an accident… We’re going to speak to her and see what we can come up with so there can be some healing.”

President Trump added: “The woman was driving on the wrong side of the road. That can happen.”

U.K. Foreign & Commonwealth Office sources confirmed to TIME that U.S. Secretary of State Mike Pompeo had a discussion with U.K. Foreign Secretary Dominic Raab, but they declined to discuss the detail of that conversation. Nor would they comment on the leaked notes, arguing that it was unclear whether President Trump had read them and, if he had done, whether he agreed with them.

A State Department official told TIME in a statement: “While we are in close consultation with the appropriate British officials, we cannot comment on private diplomatic conversation with the British Government.”

U.K. Prime Minister Boris Johnson spoke to President Donald Trump on the evening of Oct. 10 to urge President Trump to reconsider the U.S. position so that the diplomat’s wife can return to the U.K., cooperate with police and allow Harry’s family to receive justice, a Downing Street spokesperson said.

But U.K. officials may not be successful in their attempts to bring the diplomat’s wife to the U.K. A State Department official told TIME in a statement that diplomatic immunity is “rarely waived”.

According to the 1961 Vienna Convention on Diplomatic Relations, foreign diplomats and their family are given certain protections that allow them to avoid arrest for most crimes unless the diplomat’s home country decides to waive immunity. 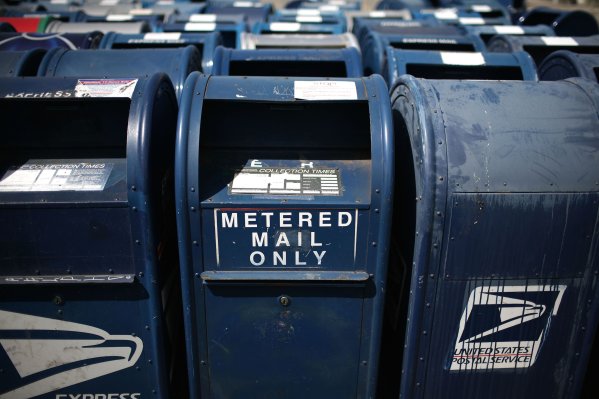