Jeopardy! host Alex Trebek has opened up about his most recent cancer treatment in a new interview, saying he plans to remain on the game show for “as long as my skills do not diminish.”

“I’m not afraid of dying,” Trebek told CTV News. “I’ve lived a good life, a full life, and I’m nearing the end of that life… if it happens, why should I be afraid of that?”

In the interview, Trebek shared the toll the cancer treatment has taken on him as he continues to front Jeopardy!

He told CTV that he believes his hosting skills have begun to decline. “I talk to the producers about this all the time now. I say, ‘Look, I’m slurring my words. My tongue doesn’t work as well as it used to,'” he said. “The chemo has caused sores inside my mouth. It makes it difficult for me to speak and enunciate properly.”

Though his producers have said they haven’t noticed anything different in his presentation, Trebek says he is preparing for the time when he will have to step back from the show.

“When I feel that my skills have diminished to the point that I notice and am bothered by it — I notice now, but I am not as bothered by it because all the people around me are saying, ‘No, it’s OK,'” he said. “But there will come a point where they will no longer be able to say, ‘It’s OK.'” 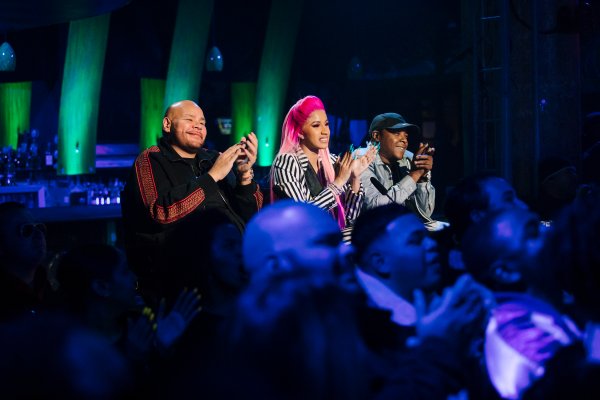 Forget The Masked Singer. Netflix's Rhythm + Flow Is the Best Music Competition Show in Years
Next Up: Editor's Pick