Jeopardy! host Alex Trebek is back to work just months after his stage 4 pancreatic cancer diagnosis.

In a video posted Thursday on the iconic show’s official social channels, the Canadian-born host confirms he’s back at the podium for season 36. Trebek has hosted the brainy quiz show since 1984.

“I’ve gone through a lot of chemotherapy, and thankfully that is now over,” Trebek says in a short video. “I’m on the mend, and that’s all I can hope for right now.”

The news comes just five months after Trebek revealed his diagnosis to fans. At the time, he said that although the cancer has a “low survival rate,” he vowed “to fight this, and I’m going to keep working.”

Indeed, Trebek announced in May — less than three months after his diagnosis — that he was in “near-remission,” and likened his recovery to something of a miracle.

“The doctors say they haven’t seen this kind of result in memory,” he said to People at the time, crediting the support he received from ardent fans with helping him heal. “I told the doctors, ‘This has to be more than just the chemo.’” He said they did not disagree.

Some of those cheering fans helped Trebek ring in his birthday on set last month, and Thursday’s video shows Trebek mugging for the crowd as they sing ‘Happy Birthday’ while he stands beside a cake that says — what else? — “Who Is 79?”

“We have some exciting things coming up, and I can’t wait to share them with all of you,” Trebek tells fans just before the video ends. “Let me tell you, it’s going to be a good year.” 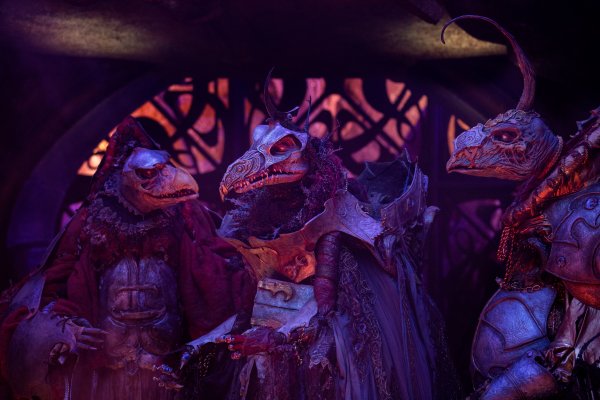 Carnival Row and The Dark Crystal: Age of Resistance Vie to Be the Next Game of Thrones—But Neither One Comes Close
Next Up: Editor's Pick