Longtime Jeopardy! host Alex Trebek announced that he has been diagnosed with stage 4 pancreatic cancer.

Trebek, 78, has hosted the iconic quiz show since 1984. He made the announcement in a video to fans on Wednesday. He said that the cancer has a “low survival rate” but that he intends to beat it.

In the video, he said the following:

Trebek, who is married and has two adult children, has won numerous awards for his work on the show, including five Daytime Emmys and a Peabody Award, according to his biography on the show’s website. He has hosted nearly 8,000 episodes of the show, making him the Guinness World Records record-holder for Most Game Show Episodes Hosted by the Same Presenter.

Trebek’s announcement was met with an enormous outpouring of support from his colleagues and fans on social media. Some of the best-known Jeopardy! contestants spoke out on Twitter to express their sadness.

Ken Jennings, who holds the record for the longest winning streak on the show, posted multiple tweets of encouragement after Trebek’s announcement.

“One thing I know for a fact: Alex is very aware of how much he means to millions of people, and how we will be pulling for him…I hope that’s a comfort,” he wrote, adding that he hopes “some very good L.A. oncologists are getting ready to have their mispronunciations corrected.”

Brad Rutter, who holds the record for winning the most money on the show, wrote, “Oh my God. If anyone can beat this, you can.”

Trebek also received an outpouring of support from other television hosts, including Dr. Oz and Chris Harrison, who hosts The Bachelor and Who Wants to be a Millionaire?

The family of Pat Sajak, longtime host of the similarly-iconic game show Wheel of Fortune, released a statement on Twitter.

The original version of this story misstated Alex Trebek’s tenure as host of Jeopardy! He has been the host since the show was revived in 1984, he is not the original, or only host of the show. 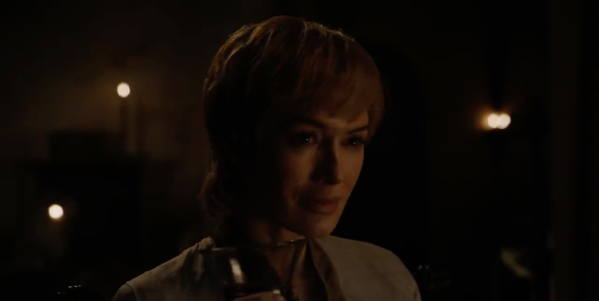 Why That Emotional Scene in the New Game of Thrones Trailer May Signal a Dark Twist for Cersei
Next Up: Editor's Pick