The video games of the Nintendo Switch are some of the most varied, versatile, and strange on the market. You want a Mario game? It’s got a dozen. Looking to lead Link through an adventure in Hyrule? In 3D or 2D? From fighting games to shooters, from RPGs to visual novels, from indie darlings to big-budget experiences and everything in between, the Nintendo Switch has it all.

Here’s our list of the 10 best Nintendo Switch games you can play right now.

With Pokémon Sword and Shield, Nintendo’s flagship game about capturing monsters and training them to fight each other finally made the leap from handhelds to mainline systems. Set in the Britain-like Galar Region, Pokémon Sword and Shield has 400 different creatures to befriend, train, and fight. The addition of raid dungeons and gigantic Pokémon offers a unique spin on the old formula that will keep you occupied for hours.

In Animal Crossing: New Horizons, players buy an island vacation package from a mysterious racoon-dog and fly to a deserted island. Once there, players can build their own homes, terraform the island, manage its various residents, and even participate in a turnip-based stock (stalk) market. It’s meant to be played in small sessions, each day building on the next as the peaceful rhythm of island life washes over you. It’s serene, it’s creative, and it’s one of the best games on the Nintendo Switch.

Sometimes you just want to torture a small English village. Untitled Goose Game is all about annoying a pleasant picturesque neighborhood in hilarious ways. Players take control of a horrible goose bent on getting revenge for an unexplained slight. They’ll wander through town, honking at villagers and disrupting their lives. Steal a farmer’s keys, get a child in trouble with his parents, and set up a fight between neighbors, all while honking in their faces.

Legend of Zelda: Breath of the Wild

Legend of Zelda: Breath of the Wild is one of the best-selling video games of all time, and it’s easy to see why — if you own a Switch, you have to own Breath of the Wild. The game takes the iconic Zelda formula and puts it in an open world teeming with life. Everything in Hyrule interacts with everything else — I once killed a moblin to steal his axe, used the axe to cut down a tree to cross a crevasse, then harvested the fruit from the tree to craft a potion. Amazing.

No Nintendo system is complete without a 2D Mario platformer. Super Mario Maker 2 provides a never-ending stream of Super Mario Bros. levels for players to churn through. The single-player campaign is lengthy mix of original Super Mario Bros. levels in the style of the NES, Nintendo, and Wii Mario games. Once you finish that, you can go online and download user-created levels. Some are easy, some are hard, and some are downright weird, but they’re all Mario.

One of those rare video games that tells an incredible story through its gameplay, Celeste is about a girl named Madeline climbing a mountain. It’s another 2D platformer — Madeline climbs the mountain and avoids obstacles by dashing in the air. Landing on the ground or hitting certain items mid-air allows Madeline to keep dashing. As Madeline scales the mountain, the challenges get harder and she learns new techniques for avoiding its many dangers. It plays great, but the story will push you farther up the mountain and further into Madelin’s psyche.

Super Mario Maker 2 is an assurance that Nintendo will always support the nostalgic 2D platformer, while Super Mario Odyssey is a promise that Mario’s 3D future is bright. Odyssey is the best 3D Mario game since Mario 64 defined the genre. You’ll collect coins, jump on enemies, explore strange new worlds, and use a hat to take control of your enemies.

There’s some games I play on the computer or PlayStation 4 and instantly think, “this would be perfect on the Nintendo Switch.” When I first played Into the Breach, I stopped and waited for the inevitable Switch port. Into the Breach is like chess with giant mechs, time travel, and kaiju. You’re in charge of a team of mech pilots tasked with stopping giant monsters from destroying the world. Place the mechs on a 2D game board and use their moves to manipulate and kill the kaiju. If too many mech pilots die or too many buildings are destroyed, you lose. Luckily, if things go bad you can use a time travel device to slip into another timeline in another reality and try to do better.

Everyone is here. Everyone. Super Smash Bros. Ultimate is a fighting game that pits every classic Nintendo character against a pantheon of elite characters pulled from gaming history. Where else can Castlevania’s Simon Belmont whip Metal Gear Solid’s Snake? Where else can Dr. Mario tussle with Pikachu while Banjo-Kazooie floats above the fray? The premise is simple: pick a character and try to knock your opponents off a floating ledge. It sounds easy, but the joy of Super Smash Bros. is that it delivers a deep and complicated fighting game for anyone who wants to explore it. For everyone else, it’s just a good time.

These days, you can play Fortnite on anything. Developer Epic Games Studio has released the battle royale shooter on PC, XBox One, PlayStation 4, and even the iPhone. But, if you’re good with a controller, no other system lets you seamlessly switch between playing in handheld mode and throwing the chaos up on the big screen. 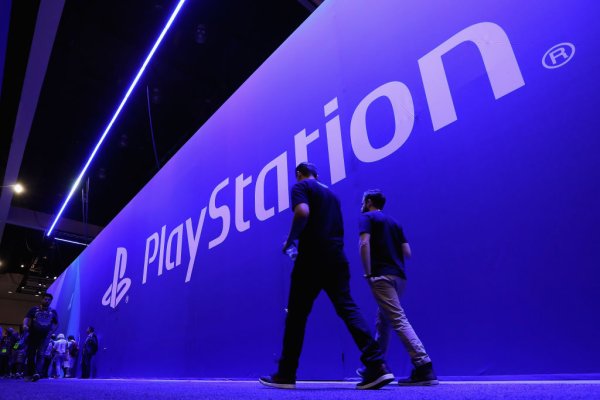 Sony's Next Console Is Officially the 'PlayStation 5.' Here's Everything We Know So Far
Next Up: Editor's Pick