Plant-based meat has quickly become a staple of fast food restaurant menus, giving vegetarians and curious meat eaters the option at the drive thru.

However, the verisimilitude of the vegetarian versions of those Whoppers and meatballs and chicken nuggets and sausages can lead to mix ups. Like when a Brooklyn Burger King accidentally sent out beef Whoppers instead of the vegetarian Impossible Whopper or when a woman ordered a vegan sausage roll at Greggs and ended up with the meat version and said she was “poisoned for life”.

Earlier this year, Greggs, the popular U.K. chain with some 1,900 convenience stores across the country, announced that they were releasing a vegan version of their popular sausage roll. The vegetarian version, made with the meat alternative, Quorn, was so tasty that according to The Guardian, the vegan rolls quickly become one of Greggs top five best-selling items.

Sharleen Ndungu went to a Greggs in Canterbury, England and ordered two vegan rolls, but that’s when she says things went horribly wrong. “I’m carrying on eating and my heart starts beating like madness,” she said in a now-deleted video Kent Online reports. “And then my stomach started turning upside down, I was like, ‘Whoa, what’s going on, this only happens when I consume meat’.” Ndugo, who has been vegan for two years, realized what had happened.

According to Vice , Ndungu went to tell the manager what had happened and she was offered a full refund for the rolls, which she turned down. She then called the company’s customer service line, and a rep said she could have a £30 ($36) coupon, but she declined that as well. What she wanted was a public apology for being “poisoned for life” by the sausage roll.

“People [should be] aware that they should watch out for things like this,” she said, according to Kent Online.

A spokesman for Greggs confirmed to Kent Online that they are investigating the incident and are taking steps to ensure no other vegan is poisoned for life. 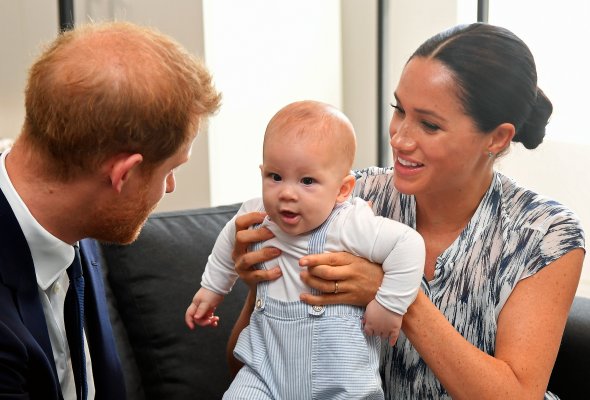 'They've Been Very Kind to Me.' Meghan Markle Discusses How the Royal Tour Revolves Around Baby Archie's Feeding Schedule
Next Up: Editor's Pick