In this photo illustration, an 'Impossible Whopper' sits on a table at a Burger King restaurant in Richmond Heights, Missouri on Apr. 1, 2019.
Michael Thomas—Getty Images
By Amy Gunia

Burger King rolled out a meatless version of its signature Whopper in 59 stores around St. Louis, Missouri Monday, becoming the latest fast-food joint to serve up plant-based patties.

The burger giant’s latest menu item will use “meat” made by Silicon Valley startup Impossible Foods and will cost $1 more than the original Whopper, reports Reuters. The plant-based patty, which bleeds and sizzles, is made using an iron-containing compound called heme.

Burger King’s new Whopper comes amid a wave of meatless burger options at popular fast-food chains. Carl’s Jr. and White Castle are both already selling beef-less patties. But the meat-substitute’s appearance at Burger King, the second-largest hamburger chain in the U.S., may signal that plant-based meat replacements are ready to go mainstream.

Globally, demand for plant-based protein is increasing, as people look for healthier and more environmentally-friendly meat substitutes, according to consumer surveys.

Companies like Impossible Foods and Beyond Meat have used technology to create plant-based meat replacements that look, taste and smell more like real meat than their faux-meat predecessors. These newer replicants have captured the interest of consumers and investors alike in recent years, and prompted the U.S. cattle industry to fight back.

Read More: The Meat Industry Has Some Serious Beef With Those ‘Bleeding’ Plant-Based Burgers

Burger King plans to add the meatless Whopper to its other stores if the trial goes well. “If the Burger King launch is as successful as I expect it to be, and we go nationwide, that will add more than 7,000 restaurants that serve the Impossible Burger,” Impossible’s Chief Executive Brown said, according to Reuters. 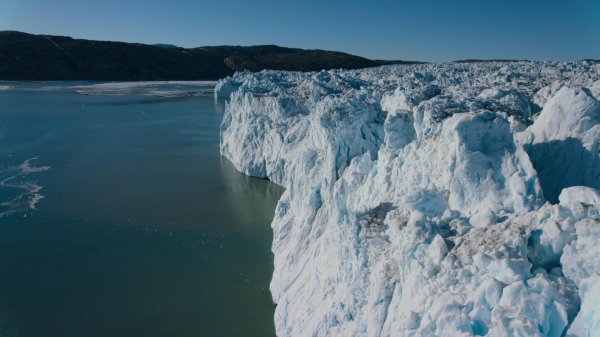 Watch a Piece of Glacier the Size of a Skyscraper Crash Into the Ocean in This Clip From Netflix’s Our Planet
Next Up: Editor's Pick