An airline catering cart spinning out of control in circles quickly causes havoc on an airport tarmac, and then a true hero stepped up to stop it.

The scene of the unusual incident captivated passengers sitting in a number of planes at Chicago’s O’Hare International. The video of how events quickly unfolded has rocketed up to viral status on social media.

“Crazy event at ORD. Heads up safety move by a ramp worker!,” the chief executive of the American Osteopathic Association, Kevin Klauer captioned the video.

From the video, it would seem that a solution wasn’t immediately clear to the yellow-vested workers who were dangerously close to the cart. Except for one man. His action was quick.

He hops aboard an airport ground support vehicle and rams it into the golf cart, putting a stop to the cart’s breakneck-paced spin.

In a statement provided to TIME, American Airlines said that they are investigating the incident. “American Airlines is investigating an incident involving a catering truck this afternoon at Chicago’s O’Hare International Airport. Preliminary reports indicate that the accelerator became stuck and caused the catering cart to lose control.”

While close watchers online wondered if the cart hit anyone, the airline stated that was not the case.

“No American Airlines team members were injured and the incident resulted in one 10 minute flight delay. We appreciate the quick action of our team member who stopped the vehicle. Safety is our top priority and we are working with our partners to investigate the incident.” The airport worker was not yet identified by Tuesday morning.

His heroics were even enough to land on President Donald Trump’s radar.

Not all heroes wear capes. Some drive a ramp into cart that’s in a freakout mode. This guy is that guy. 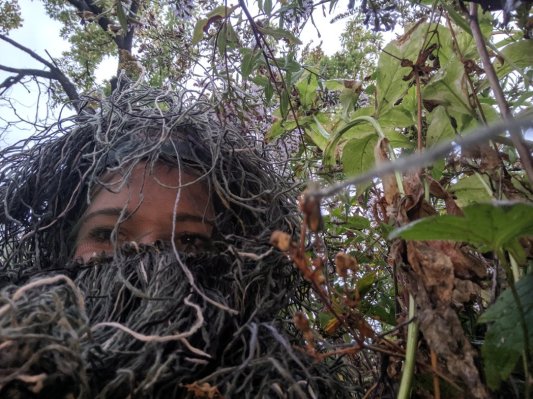 We Are Gathered Here Today to Celebrate the Master of Disguise Who Impersonated a Bush During Sister's Engagement
Next Up: Editor's Pick