If you need more thrills, consider performing the act of public service that a New Zealand man did at a Barcelona theme park: catching a stranger’s phone in mid-air while riding a roller coaster.

Samuel Kempf, who was in Spain representing New Zealand in the Fistballing World Championship, decided to ride a roller coaster at Barcelona’s PortAventura theme park. While on the ride, he saw that a man had dropped his phone into the bottom of his car and couldn’t pick it up.

In an interview with Stuff New Zealand, Kempf said that he joked to his brother and other riders that when the ride dropped, they should “get ready to catch,” which Kempf actually did once the ride picked up some speed.

“The ride started and I totally forgot about it because I was just in the moment ’cause it was such a good ride and then after the first drop we rose up and I just saw the phone drift across my view so I reached out and managed to catch it,” he said.

Once the ride ended, Kempf returned the phone to the grateful man and discovered that his incredible feat had been captured by the ride’s reaction video.

Kempf’s good deed did not go unrewarded; as a token of gratitude, the man who lost his phone bought him the video of the memorable roller coaster ride. 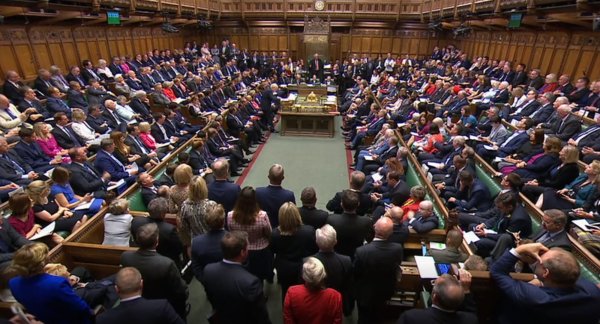 British Politician's Extremely Lax Posture in Parliament Makes for Some Lively Memes
Next Up: Editor's Pick