'They're Already Talking About a Rematch.' Tarmac Worker and Plane Passenger Play Rock Paper Scissors Through the Window

A flight passenger met his new bestie through the window of a plane.

Brianna Kolbe, a.k.a. Twitter user @bricheeseyy shared a video on Sunday of her boyfriend playing a game of rock-paper-scissors with a tarmac worker ahead of their Spirit Airlines flight departing from Atlantic City, New Jersey. “My boyfriend literally has no problem making friends with anybody,” Brianna Kolbe said of her boyfriend Robert Meadows.

It all began when Meadows saw airport employee Allain Rafael Bantaya playing rock-paper-scissors with someone else through the window, and he just had to get in on the fun. “I like to be friendly because not a lot of other people are,” Meadows, 23, tells TIME.

Evidently, people online became really envious of his quick friend-making skills — one user wrote, “I will try to do this thing” while others tagged their friends encouraging similar behavior.

Thanks to the video’s viral status, Kolbe, 24, was able to find her boyfriend’s new game-playing buddy. “They’re already talking about a rematch,” she said.

As it turns out, Kolbe, who grew up in New Jersey, had a mutual connection with Bantaya, so he wasn’t difficult to find at all. “The internet is amazing,” Meadows said.

Bantaya said he plays games like these with his co-workers all the time, and making friends through the window is nothing new for him. “My favorite thing is when the children wave at me through the windows,” he said.

“Honestly I’m down for a rematch,” Meadows said on Twitter. “Comeback season,” Bantaya replied, who lost the two games they played ahead of the flight.

Bantaya was back to work on Monday, sharing a classic mirror selfie in his uniform. “Some heroes don’t wear capes,” he said.

As for why he got the fun-loving battle with Bantaya started, Meadows had a simple reason. “People always have a kid in them and you just have to find a common ground. I feel like rock-paper-scissors-shoot is such an easy common ground that everyone can relate to,” he said. “Everyone kind of just needs to have a good time.”

It’s not the first time this summer that aviation employees have gone viral with their good vibes. In July, Suzanne Durham shared a video of an iconic solo dance party on the tarmac in Nashville. It had nearly 100,000 views as of Monday.

The American Airlines employee was living his “best life,” she said in the tweet. 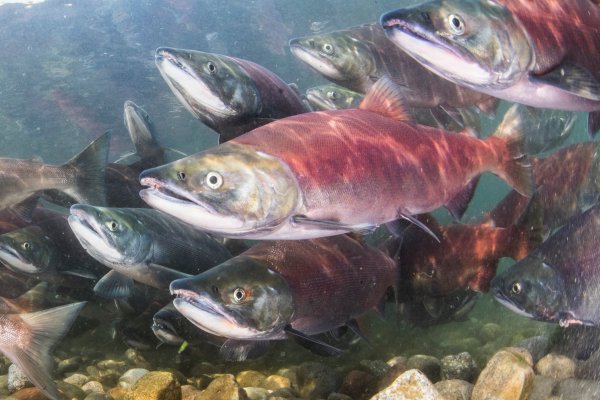 The Salmon Cannon Is Taking Everyone for a Joy Ride in a Very Efficient Fish Tube
Next Up: Editor's Pick