A Year After Jamal Khashoggi's Death, Here Are the 'Most Urgent' Threats to Press Freedom

TOPSHOT - A demonstrator holds a poster picturing Saudi journalist Jamal Khashoggi and a lightened candle during a gathering outside the Saudi Arabia consulate in Istanbul, on October 25, 2018. - Jamal Khashoggi, a Washington Post contributor, was killed on October 2, 2018 after a visit to the Saudi consulate in Istanbul to obtain paperwork before marrying his Turkish fiancee. (Photo by Yasin AKGUL / AFP) (Photo credit should read YASIN AKGUL/AFP/Getty Images)
Yasin Akgul— AFP/Getty Images
By TIME Staff

One year after journalist Jamal Khashoggi was killed inside the Saudi consulate in Istanbul, his name remains atop a list of the most severe examples of threats to press freedom around the world.

The monthly list — released by the One Free Press Coalition, which was created by a dozen news organizations, including TIME, with the goal of defending journalists under attack — identifies the 10 most urgent cases of press freedom violations.

Khashoggi, a journalist and commentator who had fled Saudi Arabia and criticized Saudi’s Crown Prince Mohammad Bin Salman, was killed and dismembered inside the Saudi consulate on Oct. 2, 2018. He was one of four journalists and one news organization recognized as the TIME 2018 Person of the Year for “taking great risks in pursuit of greater truths.”

A United Nations special report released in June found “credible evidence” warranting a deeper investigation into the role of bin Salman in Khashoggi’s killing. Free press and human rights advocates have called for a stronger response from President Donald Trump’s administration over the killing.

In an interview with 60 Minutes that aired on Sunday, bin Salman said he takes “full responsibility” for Khashoggi’s murder, but denied that he had ordered the killing, calling the death “a mistake” and “a heinous crime.”

Others on the One Free Press list this month include a freelance photographer who has been detained in Venezuela for a year without trial and a journalist in Azerbaijan who started a hunger strike to protest his prison conditions.

Read about the 10 journalists on the October list here:

As of October 2, one year has passed without justice or resolution for the death of Washington Post columnist and Virginia resident Jamal Khashoggi, who was murdered inside Istanbul’s Saudi consulate. The U.S. executive branch and UN have not gotten involved, despite a congressional call for investigation and CIA findings pointing blame at Saudi Arabia’s crown prince.

In September, journalist Afgan Mukhtarli with Type 2 diabetes went on a hunger strike in protest of Azerbaijan prison conditions. His six-year prison sentence began in January 2018, after authorities abducted the reporter in Georgia and charged him with illegally crossing the border and carrying contraband. He had been living in exile in Georgia since 2014 due to death threats in relation to his investigative reporting on corruption.

Jaw Central Prison has continuously denied critical medical treatment (as well as prescriptions, toiletries and hygienic products) for Abduljalil Alsingace, who suffers daily chest pain and was sentenced in June 2011 to life imprisonment for “plotting to topple the monarchy.” One of several high-profile government critics arrested for pro-reform protests, Alsingace had written critically about human rights violations, sectarian discrimination and repression of the political opposition on his blog, Al-Faseela (Sapling).

Last month Iranian authorities allowed Marzieh Amiri a hospital visit to monitor epilepsy, after she had been denied proper medical attention in the months since her arrest for covering May Day demonstrations for Tehran-based newspaper Shargh Daily. Family members were not allowed contact during the medical care and were responsible for the bill. In August, Tehran sentenced Amiri to 10 and a half years in prison and 148 lashes for charges of “assembly and collusion against national security,” “propaganda against the state” and “disturbing public order.”

In addition to his deteriorating health and limited access to medication, Azimjon Askarov’s letters home from prison have noted punishment for detainees after visiting days. The ethnic Uzbek award-winning journalist has served nine years of a life sentence for reporting on human rights violations. In July, a Kyrgyz court ruled to uphold the term despite persistent international condemnation.

Freelance photographer Jesús Medina has an October 3 court appearance, after serving more than a year in the Ramo Verde military prison pre-trial. Venezuela has charged him with criminal association and inciting hate. Medina has faced harassment previously while reporting.

7. Austin Tice (Syria): No answers after seven years in case of U.S. freelancer missing in Syria

Seven years ago, American freelance journalist Austin Tice went missing in Syria. The Georgetown University law student had spent the summer of 2012 reporting on civilian life during the country’s civil war and was detained at an automobile checkpoint. Tice’s family and the U.S. State Department are under the assumption that Tice is still alive despite his unknown whereabouts.

Marc and Debra Tice, the parents of U.S. journalist Austin Tice (portrait L), who was abducted in Syria more than six years ago, give a press conference in the Lebanese capital of Beirut on Dec. 4, 2018.
Joseph Eid—AFP/Getty Images

For more than 1,000 days, Mahmoud Hussein Gomaa has served pre-trial detention in Cairo’s Tora Prison Complex. The journalist was arrested on December 23, 2016 on anti-state and false news charges, following an Al Jazeera documentary about conscription in Egypt. The jail time has been repeatedly renewed every 45 days, according to the local press freedom group Journalists Against Torture and a social media post from Al Jazeera director Yasser Abu Hilalah.

A freelance journalist investigating mysterious killings in rural Tanzania, Azory Gwanda has been missing since November 21, 2017. The government has failed to conduct a credible investigation or disclose what it knows. On July 10, Tanzanian Foreign Minister Palamagamba Kabudi said in an interview that Gwanda had “disappeared and died,” but backtracked amid requests for clarification.

Moroccan authorities are employing journalists’ personal information as grounds for arrest, as in the case of Hajar Raissouni, a reporter for independent news website Akhbar al-Youm. She was taken into custody on August 31 while leaving her doctor’s office with her fiancé, charged with sex outside of marriage and illegal abortion. She then endured questioning about her political writing and connection to a newspaper colleague. 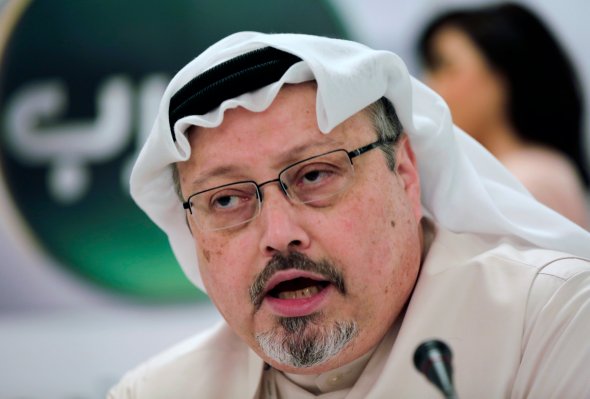 These Are the 10 'Most Urgent' Cases of Threats to Press Freedom Around the World
Next Up: Editor's Pick