With 'Deepest Sadness,' Swiss Mourn the Passing of Alps Glacier

About 250 mourners, including many dressed in black, ascended a Swiss mountainside on Sunday to bid farewell to a longtime resident of the Alps: the Pizol Glacier, the Agence France Presse reported. The marchers put down flowers to honor the glacier, and others played alphorns — a 12-ft wooden instrument shaped like a pipe.

The glacier, which is located at an altitude of around 8,850 feet and near the borders with Liechtenstein and Austria, was eulogized by a local chaplain, Eric Petrini, who called for “God’s help to tackle the enormous challenge of climate change,” and Matthias Huss, a glaciologist at the university ETH – Zurich, according to the AFP.

The event, which took place the day before the start of a United Nations climate summit in New York City, was organized by environmental and Christian groups, the university’s Laboratory of Hydraulics, Hydrology and Glaciolgy wrote on Twitter.

Pizol has lost about 80 to 90% of its volume since 2006, Huss told the AFP. Huss was among the authors of a study that found that more than 90% of the glacier volume in the European Alps as a whole could be lost by 2100.

People take part in a ceremony to mark the 'death' of the Pizol glacier (Pizolgletscher) on Sept. 22, 2019 above Mels, eastern Switzerland.
FABRICE COFFRINI—AFP/Getty Images

According to Huss, the Pizol glacier is just one of the Swiss glaciers to have melted away over the last two centuries. “Since 1850, we estimate that more than 500 Swiss glaciers have completely disappeared, including 50 that were named,” Huss added.

March organizer Alessandra Degiacomi, of the Swiss Association for Climate Protection, told CNN that if Pizol disappears, it should be a “warning sign. This is what is going to happen if we don’t change something about our behavior.” Degiacomi told CNN that the Association has gathered 120,000 signatures to demand that Switzerland become CO2 neutral by 2050.

People take part in a symbolic farewell ceremony to mark the "death" of the Pizol glacier (Pizolgletscher) on Sept. 22, 2019 above Mels, eastern Switzerland.
FABRICE COFFRINI—AFP/Getty Images

At least one other funeral has been held for a glacier before. In August, Iceland residents mourned the first disappearance of Okjokull, a glacier in the country which was declared dead in 2014.

Iceland also put a plaque in place to commemorate the glacier, which says, “In the next 200 years all our glaciers are expected to follow the same path.” This monument is to acknowledge that we know what is happening and what needs to be done. Only you know if we did it.” 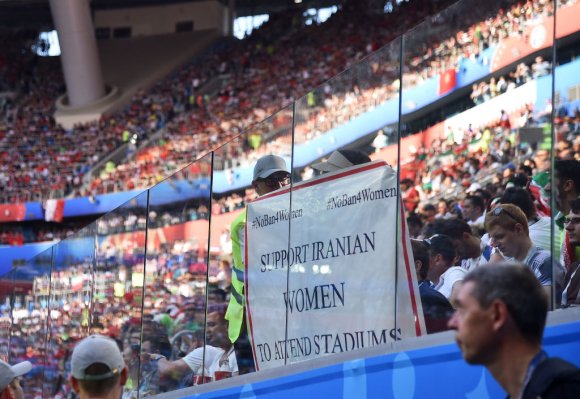 FIFA Pushes for Women to Attend Iran's Soccer Games
Next Up: Editor's Pick