It’s not even October yet and there’s already a strong contender for best Halloween costume of 2019. In an adorably terrifying video that is making the internet rounds, Romeo the French Bulldog can be seen dressed as Chucky and doing his best impression of the murderous doll from the Child’s Play movie franchise.

In the video, the flawless costume has been slipped over the Frenchie’s head to give the appearance that he has Chucky’s wild red hair, is wearing a striped red and white shirt with overalls that read “Good Dogs” instead of “Good Guys,” and is carrying around a bloodied foam knife.

As Romeo trots around the house in pursuit of his owner, Vanessa Cheng of Hong Kong, it even looks like he’s waving the knife back and forth, giving the costume some extra panache. “I’m not a huge horror movie fan — but I just thought Romeo’s eyes matched the outfit,” Cheng told the New York Post.

Now that’s what we call a good spooky boy. 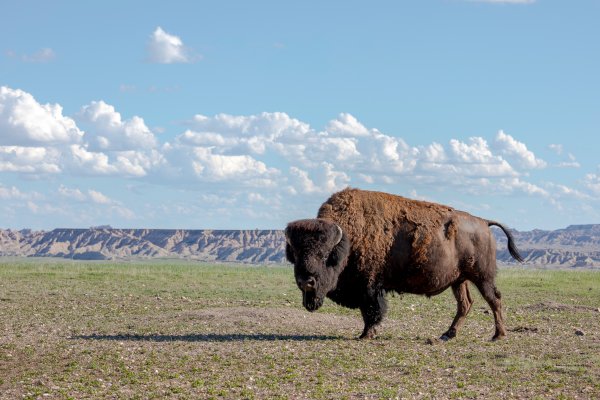 Cops Blast AC/DC to Get the Reluctant Bison Moving Out of the Road and It Works Like a Charm
Next Up: Editor's Pick