The Best Celebrity Halloween Costumes of 2018

Halloween is the ultimate occasion to really let your creative juices flow, whether that’s donning a costume that’s completely over-the-top or tastefully curated — at least, that’s the conclusion we came to this Halloween, where it seems that everyone from John Legend to Kendall Jenner really got into the spirit of the holiday by coming up with looks that were as clever as they were impressive.

This year, it was clear that the stars came dressed to impress for fall’s biggest night out — and many of them did it while channeling other famous faces. Gabrielle Union sported plaid and a blonde wig as Gwen Stefani during her No Doubt days, Rita Ora dressed up as Post Malone, down to his trademark face tatts, and Harry Styles really went all out in a bedazzled Gucci ensemble to transform into glam rock icon Elton John.

From spooky and scary to glamorous and over-the-top, see the best and most outrageous celebrity Halloween costumes of 2018 so far, below.

Only Zoe Kravitz could make being undead look this cool.

Kaia Gerber showed off her wild side with her Joan Jett costume.

Nicky Hilton kept it in the family when she channeled her sister Paris during the early-aughts.

Cindy Crawford was the world’s most glamorous flight attendant. 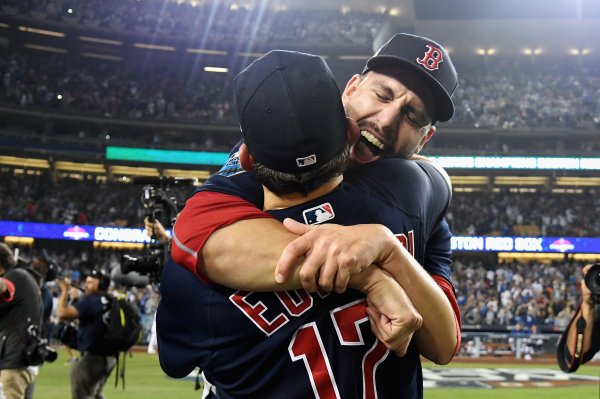 The Red Sox Are Celebrating Their World Series Victory By Silencing Everyone Who Doubted Them on Twitter
Next Up: Editor's Pick