A US military helicopter flies near the site of a massive explosion the night before near the Green Village in Kabul on September 3, 2019.
WAKIL KOHSAR—AFP/Getty Images
By Philip Elliott

In a first, a grassroots organization backed by billionaire Charles Koch and typically focused on domestic priorities is broadening its focus and calling for an end to the war in Afghanistan.

Americans for Prosperity on Wednesday scheduled the start of a two-week cable and broadcast advertising campaign designed to put pressure on Washington to make good on President Donald Trump’s pledge to withdraw troops from Afghanistan, where the United States continues to fight its longest war in its history. Partnered with another Koch-backed group, Concerned Veterans for America, the broader campaign aimed at withdrawal will top a half-million-dollar mark.

“The 18-year war in Afghanistan continues to cost precious lives and is exacerbating our nation’s fiscal crisis,” Americans for Prosperity President Tim Phillips said. “President Trump is right to pursue his promise to withdraw troops from Afghanistan. We need to focus our foreign policy on what is necessary to keep America safe, prosperous and free.”

American and foreign diplomats have spent almost a year in talks with Taliban leaders over what Afghanistan would look like if troops were to leave. Under consideration was a withdrawal of 5,400 of the 14,000 U.S. military members currently there over the next five months and bring most conventional service members home around the time Trump faces re-election.

It appeared a deal was close, but earlier this month, Trump announced via Twitter that he was scrapping secret peace talks at Camp David with the Taliban, who had given safe haven to al-Qaeda ahead of its Sept. 11, 2001, terrorist attacks on the United States.

The Koch groups want to refocus the Trump administration on those talks’ potentials.

“A full and speedy withdrawal from Afghanistan is supported by a solid majority of veterans and military families, and it will allow the United States to refocus our resources on more pressing national security concerns,” Concerned Veterans for America executive director Nate Anderson said.

The pivot away from Koch-backed groups’ typical goals of lower taxes and fewer regulations offers yet another proof point that the network is easing away from the hard-nosed conservative politics and toward a more civic-minded posture that values compromise. For instance, Koch-backed groups are working with liberal and progressive allies to try to pressure the Trump administration to soften its hard-line policies against illegal immigration.

The shift away from partisan fights follows the retirement of David Koch, who was the more political of the pair of siblings known by the shorthand of “the Koch brothers.” David Koch died in August. Charles Koch’s tendencies tend to lean more cerebral and less overtly political. The brothers were no fans of Trump’s style but their groups worked with his administration on issues like criminal justice reform and tax cuts while disagreeing on others like trade and immigration. Ultimately, the network decided in 2020 to repeat 2016, when they did not use their organizations to help Trump’s presidential campaign.

That’s not to say Koch-linked groups don’t understand or appreciate the political landscape.

Charles and David Koch were longtime backers of Mike Pompeo, a former member of Congress who represented the Wichita, Kans., district that Koch Industries calls home. Pompeo is the current U.S. Secretary of State and a leading negotiator of a withdrawal from Afghanistan. Pompeo is also considering moving back to Kansas to run for the Senate seat being vacated by Pat Roberts in a race that has the Koch orbit’s close attention. 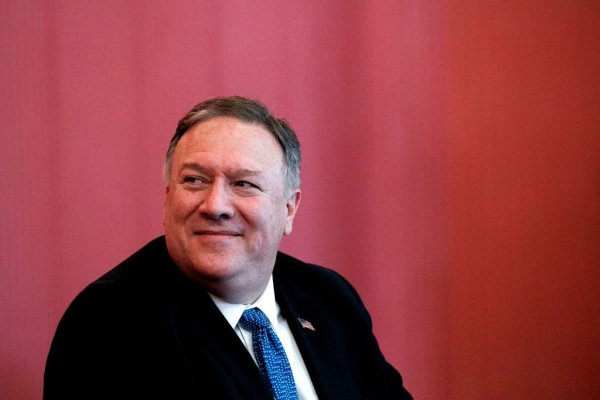 Pompeo Declined to Sign Afghan Deal
Next Up: Editor's Pick