The U.S. Is Close to a Peace Deal With the Taliban, Officials Say

The U.S. and the Taliban both say they are close to calling it peace after 18 years of war and multiple rounds of tense but cordial negotiations between dark-suited diplomats and turbaned fighters over cups of tea in plush hotels in Doha, Qatar.

On one side of the re-purposed ballroom tables, U.S. envoy Zalmay Khalilzad is working relentlessly to close the hardest deal of his life: a peace agreement that would allow U.S. forces to withdraw fast enough to meet President Donald Trump’s 2020 campaign timetable but buy the Afghan government enough time to negotiate a separate peace with the Taliban.

On the other side sit Taliban commanders who drove the last Soviet forces out of Afghanistan 30 years ago, have fought the U.S.-led coalition to a bloody stalemate, and are still battling Afghan forces while the negotiations continue. An August 7 Taliban suicide attack on a police station in Kabul, the Afghan capital, killed 14 and wounded 145.

Both Khalilzad and Taliban chief negotiator Mullah Abdul Ghani Baradar are now privately telling allies that they’ve reached a deal that would require most conventional U.S. forces to withdraw before the end of November 2020, shortly after the U.S. presidential election, multiple U.S., Afghan and Pakistani officials briefed on the talks tell TIME.

A major hurdle remains, however: the Taliban continue to refuse Khalilzad’s demand that a U.S. counterterrorism force would stay as long as a terrorist threat remains. The U.S. commander in Afghanistan, Army Gen. Austin “Scott” Miller, has told international officials that if his mission is confined to hunting al-Qaeda and ISIS-Khorasan fighters, he can do that with elite special operations units and close air support, according to Afghan and European officials.

The Taliban’s Pakistan-based Quetta Shura leadership, however, had given Baradar a deadline of one year for all U.S. forces, including counterterrorism and intelligence assets, to withdraw, a Taliban source briefed on a meeting of high-ranking Taliban officials tells TIME.

There are other hurdles to overcome. If a withdrawal began next month, a late November 2020 deadline would give the U.S. 14 months, not the 12 the Taliban has demanded, to complete it. Further, while the Taliban has agreed to guarantee that there will be no foreign fighters in the areas they control, they have not said they will repudiate al-Qaeda, as Khalilzad has demanded. And they have agreed to a ceasefire only with U.S. forces as they withdraw, not Afghan government troops.

Khalilzad’s efforts have angered Afghan officials and infuriated U.S. diplomats and intelligence and military officials, who say the timetable he’s negotiating is not long enough to ensure that Afghanistan does not return to harsh Islamic rule; preserve the gains made in women’s rights, rule of law, and other issues; or guarantee that Afghanistan is no longer a safe haven for terrorists.

Khalilzad has told Afghan, UN and NATO officials that if the talks in Doha fail, Trump might pull U.S. troops out even faster. That, coupled with dwindling U.S. public and political support for a war that has cost more than 3,500 American and coalition forces their lives and U.S. taxpayers some $132 billion, may only encourage the Taliban to continue hanging tough, warn former U.S. officials and current Afghan officials who are alarmed at the prospect of a swift U.S. drawdown.

The officials interviewed all spoke on the condition of anonymity to discuss the deliberations. White House and Pentagon officials referred questions to the State Department. An official there repeated Khalilzad’s tweeted report of “excellent progress” toward “a conditions-based troop withdrawal” at recent talks.

That refrain of a “conditions-based” withdrawal is meant to signal that a U.S. exit could be reversed. That’s scant comfort to skeptical Afghan officials who have traversed the stages of grief before finally accepting the fact that they can’t stop a U.S. departure. But they are clinging to reassurances from White House officials late last month that U.S. counterterrorism forces would stay for years if needed, partly as a security guarantor and partly to force the Taliban to make concessions in talks with Afghan government negotiators, likely in Norway, which would begin if the negotiations in Doha succeed, according to multiple Afghan officials.

The omens for talks between the Taliban and the Afghan government are not encouraging: The Taliban have vowed to attack the Sept. 28 presidential elections Afghan President Ashraf Ghani wants, despite Khalilzad’s private requests to delay or cancel them.

U.S. officials are sure of at least one thing. “Without financial support from international donors, the government of Afghanistan cannot survive,” Special Inspector General for Afghanistan John Sopko told TIME after unveiling his office’s latest report detailing failed U.S. attempts to produce a dependable Afghan security force. “And the Afghan security forces will not be viable.” 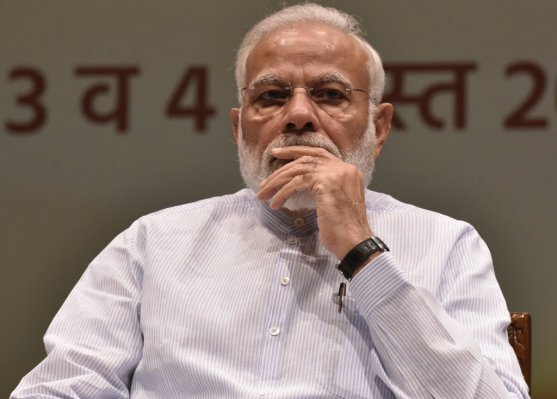 'We Have Taken an Historic Decision.' Indian Prime Minister Narendra Modi Addresses Nation On Kashmir Move
Next Up: Editor's Pick