The Violence Against Women Act Was Signed 25 Years Ago. Here's How the Law Changed American Culture

During the third Democratic primary debate on Thursday, Vice President Joe Biden brought together his potential future and his political past when he urged legislators to renew a piece of legislation that was first signed into law 25 years ago Friday. Biden has called that law, the Violence Against Women Act, the legislation he is “proudest” of from his career in the Senate.

Before President Bill Clinton signed the Violence Against Women Act (VAWA) into law as part of the Violent Crime Control and Law Enforcement Act on Sept. 13, 1994, domestic abusers could cross state lines to avoid prosecution for beating their spouses, as law enforcement was not to required to listen to orders of protection filed in other states. Police officers were also generally discouraged from intervening in domestic violence cases.

Today, many experts credit VAWA with contributing to a dramatic decrease in the rate of domestic violence in the United States. According to the U.S. Department of Justice, the overall rate of intimate-partner violence dropped 64% from 1993 to 2010.

Lawyers who helped to draft the bill say that part of the reason the legislation has been so successful is that it has helped to create a profound cultural change, and has encouraged Americans to take gender-based violence seriously.

“The Violence Against Women Act, precisely because it was a federal law that took this issue seriously, created an unprecedented level of visibility for this problem,” says Sally Goldfarb, now a law professor at Rutgers Law School, who monitored the drafting of the bill as a staff attorney for the NOW Legal Defense and Education Fund (now known as Legal Momentum). “The very existence of this federal law shifted public perception of the problem.”

To get a better sense of how that shift happened, TIME spoke with Goldfarb and Victoria Nourse, a constitutional law professor at Georgetown University who helped to draft the bill as counsel on the Senate Judiciary Committee at the time.

What is VAWA and why was it introduced?

Before Violence Against Women Act went into law 25 years ago, Nourse says, police were told to avoid interfering in domestic violence cases. Getting involved could be dangerous to the officers, and in any case, many people felt that domestic violence was a family matter, not something that rose to the level of federal law.

“We had women testifying that the police said, ‘I have to come back and see him punch you for me to arrest him,’” Nourse says.

In addition, although one recent survey showed that more than two-thirds of sexual assaults are committed by someone the victim knows, equating “date rape” with stranger rape was considered to be controversial. And when cases did go to court, judges often failed to take them seriously. “Judges were saying things like, you wore a short skirt, you can’t be raped. You’ve been raped before, you can’t be raped again,” Nourse says. “Just ridiculous stuff that was all put in the first hearings.”

The team that worked on the law wanted to prove that domestic violence wasn’t some exceptional case, but “real violence,” Nourse says. Those who argued against the need for such a law framed it as an intrusion into the private — or at least state-level — sphere.

“Modeled on the Civil Rights Act of 1964, [VAWA] stipulates that gender-biased crimes violate a woman’s civil rights,” TIME reported in a cover story about domestic violence, published as the law was being considered. “The victims of such crimes would therefore be eligible for compensatory relief and punitive damages. Heightened awareness may also help add bite to laws that are on the books but are often underenforced. At present, 25 states require arrest when a reported domestic dispute turns violent. But police often walk away if the victim refuses to press charges. Though they act quickly to separate strangers, law-enforcement officials remain wary of interfering in domestic altercations, convinced that such battles are more private and less serious. Yet, of the 5,745 women murdered in 1991, 6 out of 10 were killed by someone they knew. Half were murdered by a spouse or someone with whom they had been intimate. And that does not even hint at the level of violence against women by loved ones: while only a tiny percentage of all assaults on women result in death, the violence often involves severe physical or psychological damage.”

After the final statute was added to the crime bill, it passed the House 235-195, with five representatives not voting, and the Senate 61-38-1. It put into place a range of legal remedies to protect women. These measures included requiring states to recognize protection orders from other states, federal prosecution of domestic violence and sexual-assault crimes that crossed state lines, incentives for states to require the mandatory arrest of abusers, and grants for programs such as educating judges on gender-motivated violence and funding sexual-assault and domestic violence crisis centers.

What was Joe Biden’s involvement in VAWA?

Contemplatively looks out the car window during a planning meeting with staff, Vice President Joe Biden is driven back to the White House after speaking to lawmakers, woman against violence advocates, and constituents concerning reducing domestic violence homicides in Rockville, Md., on March 13, 2013.
The Washington Post—The Washington Post/Getty Images

According to Nourse, Joe Biden, who was then the chair of the U.S. Senate Judiciary Committee, first proposed working on the bill because he was concerned about national attitudes about violence against women — and was especially “appalled” that people didn’t take marital rape seriously. He introduced the Act in 1990 and thus helped to return the issue of violence against women to the national stage. The legislation, co-authored by Rep. Louise Slaughter, a New York Democrat, was also backed by Sen. Orrin G. Hatch, a Utah Republican, and had the support of a coalition of women’s rights groups, including NOW Legal Defense and Education Fund.

In a TIME opinion piece written for the 20th anniversary of the act, Biden described the bill as his “proudest legislative accomplishment,” arguing that it had helped to change cultural norms. “Abuse is violent and ugly and today there is rightful public outrage over it. It matters that the American people have sent a clear message: you’re a coward for raising a hand to a woman or child — and you’re complicit if you fail to condemn it,” Biden wrote.

In Nourse’s opinion, then-Senator Biden was motivated to push for the bill because of his empathy for women who had approached him about the idea, and those who testified in the hearings in the House and Senate.

Recently, as he has made another run for the White House, Biden has drawn criticism for his treatment of women after several have come forward to say that the former Vice President made them uncomfortable by touching or awkwardly kissing them. As the women’s accounts emerged, Biden released a video in which he promised to be “more mindful” of his treatment of women in the future, but said that the way had acted in the past had been his way of connecting with people. He was criticized a few days later when he seemed to make light of the allegations by cracking jokes about physical contact.

In terms of the passage of the Violence Against Women Act, Nourse says Biden’s empathy was an asset.

“He’s criticized for his emotion and his empathy. But it also means he has grit; when it gets in that he’s got to do something, he’s not taking no for an answer,” Nourse says. “That bill could only have been passed because of Joe Biden.”

Is VAWA still in effect?

In 2000, in United States v. Morrison, the Supreme Court threw out what Nourse describes as one of the most important provisions of the Act — the Civil Rights Remedies — on the grounds that Congress had overstepped its authority under the Constitution’s Commerce Clause (because the statute isn’t relevant to interstate commerce) and the 14th Amendment (because the statute didn’t apply to harm caused by a state). Under the original act, that provision allowed women to challenge gender-based crimes in civil court.

Nourse says that she feels their decision was “deeply wrong.” When a civil-rights remedy is in place, Nourse says, “It gives more power to the woman to be able to go in and call her abuser to account.”

Nevertheless, Goldfarb says that even though the provision was removed from VAWA, along with the rest of the act, it contributed to the way violence against women is perceived in American society.

And despite the Supreme Court decision, the Violence Against Women Act has been repeatedly renewed, and also expanded, since 1994. The most recent reauthorization has passed the House but is awaiting action in the Senate.

Reauthorizations of the Act have included provisions to support particularly vulnerable groups, including Native Americans, the LGBT community and immigrant women. For instance, the Violence Against Women Reauthorization Act of 2013 authorized Native American tribes to prosecute domestic violence crimes, required colleges to report to staff and students about dating violence and sexual-assault crimes, and provided grant funding for testing backlogged rape kits.

“Even after the civil-rights provision was struck down by the Supreme Court in 2000, the idea that violence is a source of women’s inequality is I think now deeply ingrained in general understanding of this issue,” Goldfarb says. “I think the Violence Against Women Act represents a significant step forward not only for the specific programs that it created, and the funding that it provided, but also for the way in which it altered the country’s view of violence against women as a significant national problem.” 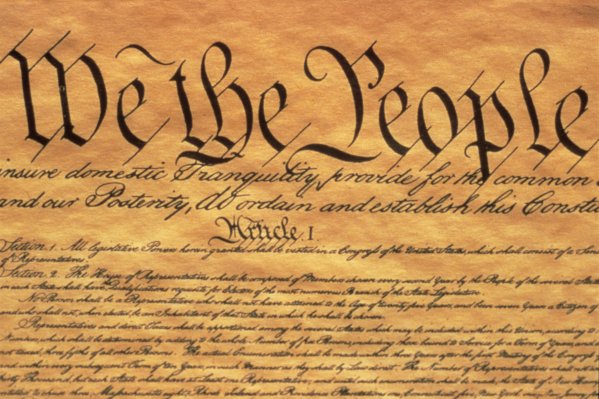 Justice Neil Gorsuch: Why Originalism Is the Best Approach to the Constitution
Next Up: Editor's Pick