Biden Promises to Be 'More Mindful' of Women's Personal Space

Former Vice President Joe Biden said he will be “much more mindful” of other people’s personal space, after four women came forward to say he made them feel uncomfortable.

In a video statement released on Twitter, Biden did not apologize for his interactions with women, but noted that he has heard the criticism and will respond to it.

“Social norms have begun to change, they’ve shifted. And the boundaries of protecting personal space have been reset,” Biden said. “And I get it. I hear what they’re saying. I’ll be much more mindful, that’s my responsibility and I’ll meet it. But I’ll always believe that governing is about connecting with people. That won’t change, but I’ll be more mindful and respectful of people’s personal space, and that’s a good thing.”

Biden said that while he’s always made an effort to make “gestures of support and encouragement” to men and women, he recognizes that he needs to adjust. Biden said that he has a record of empowering women and working to prevent abuse, and that people should believe him when he says that he can change.

“The idea that I can’t adjust to the fact that personal space is important — more important than it’s ever been — it’s just not thinkable. I will. I will,” Biden said.

Biden’s past conduct with women has come under scrutiny since March 29, when New York magazine published an account by Lucy Flores, a former Nevada state legislator. Flores said that Biden had made her uncomfortable by kissing the back of her head during a campaign event for her 2014 lieutenant governor run.

Biden has been widely criticized for his conduct, including by House Speaker Nancy Pelosi.

Biden also commented on the accusations on Sunday, saying that he did not believe that he had acted inappropriately with women.

Read the full transcript of the Biden’s remarks below. 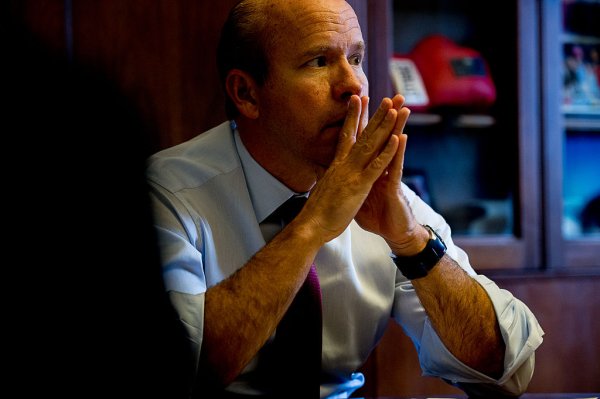 This Presidential Candidate Wants to Debate Congress Four Times A Year
Next Up: Editor's Pick