It's 'Ambitious' — But Possible — to Eradicate Malaria by 2050, According to a Landmark Report

A mother and her child sit on a bed covered with a mosquito net in Tanzania on October 30, 2009.
TONY KARUMBA—AFP/Getty Images
By Jamie Ducharme

It may be possible to eradicate malaria—one of history’s deadliest diseases—from the planet by 2050, according to a coalition of 41 leading scientists, economists and health-policy experts writing in the Lancet.

“Malaria is one of the oldest and deadliest diseases of humankind,” says Sir Richard Feachem, one of the report’s authors and co-chair of the Lancet commission on malaria eradication. “If we, humankind, were to take on this challenge and eradicate malaria by 2050, it would be an achievement of historic proportions. There would be nothing quite like it.”

Malaria, a mosquito-borne illness caused by a parasite, results in flu-like symptoms that can be effectively treated (and prevented) with drugs. But the disease can be fatal if left untreated or if complications occur. Worldwide incidence has declined by 36% since 2000, and malaria is now all-but non-existent in more than half of countries worldwide. Only 1,700 cases are reported in the U.S. each year, according to the U.S. Centers for Disease Control and Prevention (CDC).

Nonetheless, malaria remains a devastating and deadly problem in many countries, namely Nigeria and the Democratic Republic of the Congo. Fifty-five countries in Africa, Asia and Latin America have actually seen a rise in malaria cases in recent years, according to the report. Eradicating the disease——defined as permanently reducing to zero the number of people infected by a certain disease agent—could prevent 219 million people from getting sick, and 435,000 people from dying, each year, according to CDC estimates.

Reaching that target won’t be easy. Feachem calls it “ambitious” and “a stretch goal, undoubtedly, but achievable.” To reach eradication status, the global health community will have to come together in four key areas, Feachem says: software, hardware, finance and leadership.

More specifically, Feachem says the task will require better management and use of data in malaria control programs; more effort from the private sector; new tools and technologies for slowing the transmission and improving the treatment of malaria, such as widely available vaccines, insecticides and rapid diagnostic tests; an additional $2 billion in financing per year, bringing the annual total up to $6.3 billion worldwide; and more leadership and accountability nationally, regionally and globally.

That’s a lofty combination of efforts under the best of circumstances, and Feachem says progress could be derailed by everything from natural disasters and climate change to civil wars and mass migration. The initiative will also require buy-in from wealthy nations, namely the U.S., that have mostly eliminated malaria within their own borders.

“It direct us away from national self interest, and directs us toward the common good of humankind,” Feachem says of the effort.

History proves that eradicating diseases is challenging, but not impossible. Smallpox was declared eradicated in 1980, and polio is very nearly there. Many countries have also successfully eliminated diseases at the national level. In the U.S., that list includes polio and measles—though a widespread measles outbreak this year has put that status in danger.

Feachem hopes the campaign to eradicate malaria will also inspire other aggressive goals in the health world. “It raises our ambition and our sense of empowerment to radically improve human health across a wide range of diseases,” he says. 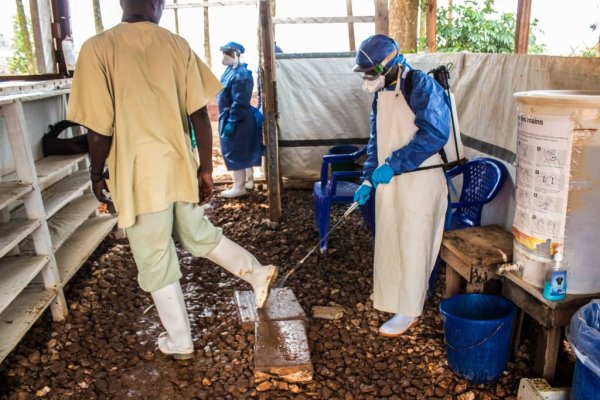 An Ebola Drug Trial Ended Early Because It Was So Successful. That Could Change How Doctors Handle Future Outbreaks
Next Up: Editor's Pick