How to Wipe Out Malaria for Good

Municipal workers spray chemicals in canal and other worker fumigate slum area to kill mosquito in Kolkata. and malaria on August 9, 2017 in Kolkata.
Saikat Paul—Pacific Press/LightRocket/Getty Images
Ideas
By Erin M. Stuckey
Stuckey is an epidemiologist and a program officer with the malaria team at the Bill & Melinda Gates Foundation supporting efforts to eradicate malaria. She has over a decade of experience in the global health field and is a Foreign Policy Interrupted Fellow.

Malaria has plagued humanity for thousands of years. Caused by a tiny parasite transported from person to person by a certain kind of mosquito, the disease poses a risk to nearly half the world’s population.

The WHO attempted to eradicate malaria in the 1960s and while it succeeded in ridding many countries of the disease, it fell short of the goal due to growing drug resistance and by failing to focus enough attention on Africa. Every year on World Malaria Day, April 25, the malaria community celebrates progress made to date and focuses on the challenges ahead. This year is especially exciting as just this past Friday, 53 Commonwealth leaders committed to halve malaria across the Commonwealth by 2023.

Since 2000, the number of malaria deaths per year has been cut by more than half. But the 2017 World Malaria Report showed a plateau in global cases for the first time since the start of the decline, and even noted increases in regions like Southern Africa. To reach the goal of global malaria eradication, the world needs to make progress in all countries.

As long as malaria persists, other challenges in health and human development not only go unresolved, but are exacerbated—perpetuating a cycle of disease, poverty and conflict. Here are three things the world needs to do in order to make malaria a memory.

Advances in the information and communications technology sector are rarely applied adequately to global health challenges, including malaria elimination. Part of making progress here will involve convincing funders and programs to pay attention to the potential of these tools, and also ensuring tech companies focus on developing their products for consumers in the developing world.

How do malaria control programs know if they are reaching every household in an area with the life-saving interventions people need? By mapping the location of every household. The traditional way of doing this—making a map by physically visiting every house in an area—is both extraordinarily time-consuming and expensive.

Technological advances are making this process quicker and easier. If you open up Google Maps to see the streets of Seattle or Tokyo or Paris, you can see detailed outlines of buildings and information on the businesses operating in an area. If you stand on a street in rural Laos, where many communities are not currently on maps, it’s a very different picture.

A year ago, it wasn’t possible to accurately detect buildings in many parts of the world. But machine-learning algorithms have expanded on efforts by the polio eradication program and this technology is now being applied to malaria elimination in southern Africa, southeast Asia and central America.

It underscores the importance of making satellite imagery—and scientific data in general—open access, to allow the world’s brightest minds to tackle our trickiest problems.

Securing funding for malaria eradication has the potential for a ripple effect in health systems.

If a country eliminates malaria, staff in their vector control and laboratory programs can focus on other common diseases. On the other hand, if a country’s health system is too weak to effectively detect and respond to outbreaks—particularly ones like Zika or even Ebola, which have fever as a primary symptom—it threatens global health security worldwide. We saw this during the Ebola crisis in West Africa, where the outbreak caused a huge resurgence in malaria because the health system was overwhelmed and unequipped to handle even routine health problems.

It is essential to raise enough funding for an eradication program that will help build up and strengthen health systems. We currently have only half of the estimated $6 billion needed each year to fight malaria, which does not include funding for the research and development needed to continuously make new insecticides and drugs to keep ahead of resistance.

That’s why we cannot keep thinking about innovation only in terms of developing new tools. Innovation in delivery means getting the right constellation of (often untraditional) partners to pull together in the right direction to solve problems.

One example is the creation of the Regional Malaria Elimination Initiative for Mesoamerica and the Dominican Republic, announced at Davos. This is an important milestone as it is the first time the malaria community is using a blended finance mechanism that includes financing from country governments, loans, and international donors to fund operations. Why not extend this mechanism to other regions?

3. Target interventions to the places most at risk of malaria

Malaria is a disease of inequality, often targeting the most vulnerable populations. A one size fits all approach is not enough. As countries see fewer cases of malaria, the disease is no longer distributed evenly nationwide and governments need to target their programs to smaller and smaller geographical areas.

This is harder than it sounds. Malaria persists based on complex dynamics between multiple factors: the parasites that cause the disease, the species of mosquito that transmits parasites to humans, the environment humans live in, how well interventions work in different settings, and the health system policies in a given country.

Countries need to have timely information on all of those factors and then leverage mathematical modeling and analytics to help guide programs in different places. I am in Haiti right now working with the national program and a consortium of partners in what is turning out to be an exemplar of data-informed decision making—accelerating the timeline to elimination.

For the declines in malaria to continue, the world cannot carry on as usual. Now is the time to take advantage of all the resources available to get rid of malaria for good. 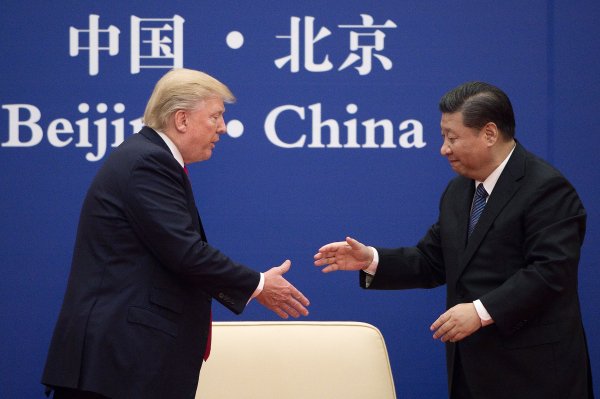 Xi Jinping and Donald Trump Need to Sound Tough on Trade. But Here’s Where They Could Compromise
Next Up: Editor's Pick