Sealed Jeffrey Epstein Court Documents Name at Least 1,000 People. A Judge Must Decide Whether to Release Them

The names of at least 1,000 people appear in sealed court documents associated with Jeffrey Epstein, a court heard on Wednesday. Whether to make them public is the latest skirmish in a years-long legal battle that continues to play out even after Epstein’s death.

The revelation came after attorneys for a “John Doe” asked a federal judge in New York not to release the names of people who were not directly involved with the 2015 defamation lawsuit filed by Epstein accuser Virginia Roberts Giuffre against Epstein’s longtime confidante Ghislaine Maxwell.

The case was settled in 2017, but the details are only just now emerging. A day before Epstein’s death in August, a massive cache of documents from the suit was unsealed––revealing accusations against prominent figures, including former New Mexico Gov. Bill Richardson and former Sen. George Mitchell. Within the files, Giuffre alleged Maxwell acted as Epstein’s “madame” and was “one of the main women” whom Epstein used “to procure under-aged girls for sexual activities.”

This March 28, 2017, file photo, provided by the New York State Sex Offender Registry shows Jeffrey Epstein. Up to 30 women were expected to take a judge up on his invitation to speak at a hearing, Tuesday, Aug. 27, 2019, after financier Epstein killed himself rather than face sex trafficking charges.
AP

Lawyers on behalf of John Doe filed a letter to the court this week asking Judge Loretta Preska to re-consider how the court unseals further documents from the case. The letter said Doe has no knowledge of the contents of the sealed materials and referred to him as a “third party” of the case. But, the letter said, “it is clear that these materials implicate the privacy and reputational interests of many persons other than” Giuffre and Maxwell.

Maxwell and Giuffre’s attorneys, who were both present at the hearing on Wednesday, debated how the court could best review the sealed documents and determine which files should be released, redacted or entirely remain sealed.

Maxwell’s attorney, Jeffrey S. Pagliuca, said that the documents include 29 depositions that could include “dozens,” if not “hundreds,” of names. He said that in attached documents there are “literally hundreds of pages of investigative reports that mention hundreds of people.”

Pagliuca also pointed to a piece of evidence he called “an address book,” and said it probably includes 1,000 names.

There’s no indication that any of the individuals named in the sealed court documents had any knowledge of or any involvement with Epstein’s alleged crimes. Epstein was a famously social person who associated with both former President Bill Clinton and President Donald Trump. In a 2002 New York magazine profile, he said “I invest in people—be it politics or science. It’s what I do.”

The release of court documents last month resulted in a slew of denials from people named in the papers, including from Clinton and Trump. Neither was accused of wrongdoing in the documents.

Nick Akerman, a former federal prosecutor in New York, says that an important factor in the judge’s decision on releasing the court documents will be whether any of the people named in the documents raise privacy concerns. “It’ll be a matter of balancing their privacy against the public right to know what happened,” he says. He predicts that the documents will be released, but some names will be redacted.

What could be the legal implications for anyone who is named? It depends, says Mimi Rocah, a MSNBC legal analyst and former federal prosecutor. Individuals could be implicated in the sex trafficking conspiracy “if they were even minimally aware of the age of the girls being exploited and participated or furthered that exploitation in some way,” she explains. “But, just because someone’s name is listed in Epstein’s address book isn’t enough to make someone chargeable with a crime. We would need to know details about what the book was used for, and actual conduct of the individuals listed.”

In court Wednesday, Giuffre’s attorney Sigrid McCawley told the judge there had been “no agreement” between Giuffre’s team and the other legal teams “as to what documents would remain sealed.”

McCawley proposed unsealing the documents in a “staggered form, starting from the back of the docket” and moving forward. She also proposed only redacting “Social Security numbers, the names of minor victims, as well as any highly sensitive, personal medical information.” She said that people would be notified if their name appeared and be given the opportunity to object.

Pagliuca argued that system would be inefficient, because a huge number of people would have to be notified for documents that might end up not being released. He argued instead for grouping the documents into three categories, determining which documents should be released, and then notifying individuals in those documents.

Epstein was arrested in July on sex trafficking and conspiracy charges, and was ordered held without bail before he died in a Manhattan federal jail. A New York City medical examiner ruled the death a suicide.

Federal prosecutors in New York had filed new charges in the case after public outrage grew over a 2008 deal that allowed Epstein to plead guilty in Florida to lesser charges and serve only 13 months in jail, leaving for 12 hours a day, six days a week to work from his office. The 2008 deal had also shielded any potential co-conspirators from prosecution, but the federal prosecutors in New York argue the Florida deal does not apply to their office.

On Aug. 29, a federal judge dismissed the U.S. Attorney’s case against Epstein because the 66-year-old had died. However, both federal prosecutors in New York and the Department of Justice have pledged to continue investigating any potential co-conspirators.

The original version of this story misstated the title of the official who examined Epstein’s body. It was a medical examiner, not a coroner. 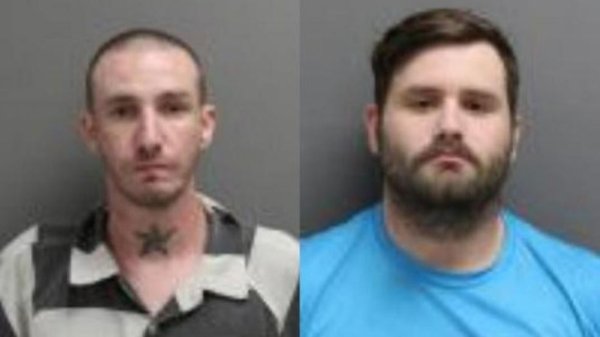 Montana Judge Orders Men Who Lied About Military Service to Wear Sign Reading 'I Stole Valor'
Next Up: Editor's Pick