Jeffrey Epstein, the financier charged with sex trafficking of minors and conspiracy, died in an apparent suicide at a federal jail in Manhattan Friday night, a spokesperson for the jail confirmed.

Officials said that Epstein, 66, was found dead in his cell at around 6:30 a.m. on Saturday morning, Lee Plourde of the Metropolitan Correctional Center said in a statement.

Once best known for his wealth and his apparent friendships with powerful men — including President Donald Trump, President Bill Clinton and Les Wexner, head of Victoria Secret’s parent company — Epstein was arrested on July 6 on federal sex trafficking charges. He pleaded not guilty and was facing up to 45 years in prison. Epstein was accused of paying girls as young as 14 for sex, and then using them to draw in other victims.

A medical examiner has performed an autopsy on Epstein’s body but the results have yet to be released. “The ME’s determination is pending further information at this time,” New York’s chief medical examiner said in a statement Sunday.

Many have questioned how the suicide could have taken place, given that prisoners in the protective housing unit where Epstein was being held are closely monitored.

Epstein was placed on suicide watch in late July but taken off it 11 days before his death — a decision that would have been approved by both the warden of the jail and the facility’s chief psychologist, former prison official Jack Donson told the Associated Press.

A source told the AP that guards on Epstein’s unit at the time of his death had been working overtime shifts to make up for staffing shortages, with one guard working overtime for the fifth day in a row.

The New York Times reports that jail staff had failed to follow unit protocols, including checking the cell every 30 minutes, in the run-up to Epstein’s death. Three unnamed officials told the paper that Epstein was left alone in his cell without a cellmate, which is against procedure for prisoners believed to have recently attempted suicide.

The FBI is investigating the incident.

Manhattan U.S. Attorney Geoffrey S. Berman affirmed in a Saturday afternoon statement that the investigation into Epstein’s conduct will continue despite the defendant’s death.

“Today’s events are disturbing, and we are deeply aware of their potential to present yet another hurdle to giving Epstein’s many victims their day in court,” Berman said. “To those brave young women who have already come forward and to the many others who have yet to do so, let me reiterate that we remain committed to standing for you, and our investigation of the conduct charged in the Indictment — which included a conspiracy count — remains ongoing.”

In the hours since Epstein’s death, many have expressed sadness that he will not face justice for his alleged crimes, and that the investigation of his potential wrongdoing will end. Lisa Bloom, an attorney for several of Epstein’s accusers, wrote on Twitter that Epstein’s estate should provide compensation to his accusers.

Bloom also released a statement from one of Epstein’s alleged victims.

“I will never have a sense of closure now. I’m as angry as hell that the prison could have allowed this to happen and that I and his other victims will never see him face the consequences of his horrendous actions,” the statement said. “I hope that whoever allowed this to happen, also faces some type of consequence. You stole from us, the huge piece of healing that we needed to move on with our lives.”

On Saturday afternoon, New York City Mayor Bill de Blasio tweeted that the city will continue to investigate the other people involved with Epstein’s “sex ring.”

The scale of Epstein’s crimes and his association with well-known figures have raised concerns over how Epstein managed to escape justice for so long. In 2008, Epstein received a widely-criticized plea deal after facing charges for soliciting a minor for sex. Alexander Acosta, the Florida attorney general at the time, resigned as Trump’s Labor Secretary last month.

Many of the young girls were lured to Epstein’s mansion in New York City’s Upper East Side and enticed to perform sex acts for hundreds of dollars in cash, according to the U.S. Attorney’s Office for the Southern District of New York.

“The alleged behavior shocks the conscience,” said U.S. Attorney Geoffrey Berman during a press conference to announce the charges.

U.S. Attorney General William P. Barr said in a statement that he has asked the Department of Justice to open its own investigation into Esptein’s death.

“I was appalled to learn that Jeffrey Epstein was found dead early this morning from an apparent suicide while in federal custody. Mr. Epstein’s death raises serious questions that must be answered,” Barr said. 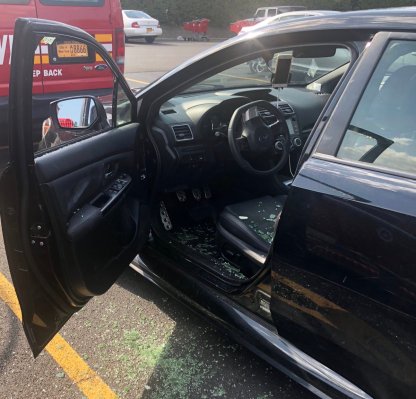