People Are Absolutely Here for Naomi Osaka Consoling Coco Gauff After Beating Her at the U.S. Open

There’s nothing like a show of good sportsmanship to really get the tear ducts flowing. And that’s exactly what Naomi Osaka gave tennis fans after defeating Coco Gauff in the third round of the U.S. Open on Saturday.

Following her 6-3, 6-0 victory, the defending U.S. Open champion immediately sought out 15-year-old Gauff — who skyrocketed to tennis stardom in July after becoming the youngest woman to reach the fourth round of Wimbledon since Jennifer Capriati in 1991 — to ask her to share her on-court interview. Gauff initially said she didn’t want to do the interview because she knew she was going to cry the whole time, but after some encouragement from Osaka, the two came together to talk about the emotionally-charged match.

“I’m going to learn a lot from this match. She’s been so sweet to me, so thank you for this. Thank you,” Gauff told ESPN. “Thank you, Naomi. I don’t want people to think that I’m trying to take this moment away from her, because she really deserves it.”

Osaka then embraced Gauff before explaining why she wanted her to be a part of her post-match encore. “I remember I used to see you guys training in the same place as us,” a tearful Osaka turned to say to Gauff’s parents, who were sitting in the crowd. “For me, like the fact that both of us made it, and we’re both still working as hard as we can, I think it’s incredible. I think you guys are amazing. I think, Coco, you’re amazing.”

Tennis fans, of course, were completely onboard with Osaka sharing the love.”[Women of color] supporting each other is the most beautiful thing on the planet,” Teen Vogue editor Lindsay Peoples Wagner wrote on Instagram. “I cried watching this last night bc it’s so rare to see but so grateful for this moment, and to be so moved.”

Watch the full post-match interview below. 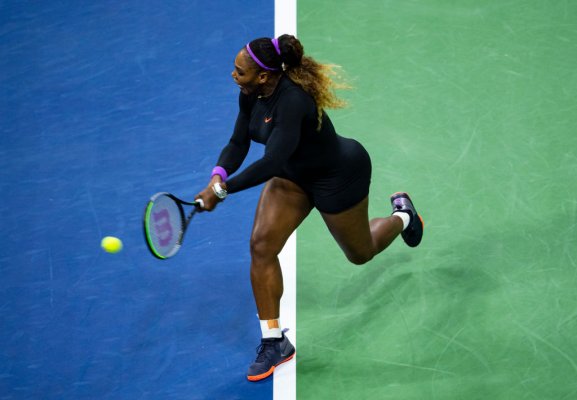 How to Watch the 2019 U.S. Open Finals for Free
Next Up: Editor's Pick