A new teaser ad for an upcoming perfume fragrance called “Sauvage” that designer fashion house Dior bills as “an authentic journey deep into the Native American soul in a sacred, founding and secular territory” has detractors calling the brand out for cultural appropriation.

The brand’s use of Native American imagery in the new ad campaign paired with the continued use of the slur “savage” as a title in the French spelling has backfired and sparked swift criticism online Friday.

The first Dior Sauvage product came to market as a men’s fragrance or “aromatic-fougère” back in 2015, and has been modeled by embattled actor Johnny Depp. The advertising copy on the Dior website calls it “a creation inspired by wide-open spaces. A composition distinguished by a raw freshness, a fragrance that’s both powerful and noble.”

It’s just now coming under fire, however, because of the updated ad campaign for the launch of a new 2019 product in the same scent, a “parfum.” The ad shows a short clip of a Native American spirit dancer performing to a drumbeat and the narration, “We are the land. Dior.” (Dior is a French fashion house, founded in Paris in 1946 by designer Christian Dior and famous for popularizing the “New Look” silhouette for women.) Previous iterations of “Sauvage” ads featured Depp in the American West, but did not double down on the Native American references.

As explained on the brand’s Instagram, the ad stars a Native American dancer and member of the Rosebud Sioux tribe who goes by Canku One Star, performing the “Fancy War Dance that embodies all the modernity of the Native American culture.” The brand also notes that the film, directed by filmmaker Jean-Baptiste Mondino, was made as a “close collaboration” between Dior and Native American consultants from the organization Americans for Indian Opportunity “in order to respect Indigenous cultures, values and heritage.” However, critics online remain displeased with the representation.

An official campaign release from the brand, sent to TIME in response to a request for comment, further explains their process: “As soon as we began to evoke Native American imagery and symbols in this new film, the House of Dior, Jean-Baptiste Mondino and Johnny Depp immediately decided to contact Native American consultants who are enrolled citizens of the Comanche, Isleta and Taos Pueblos and the Pawnee Nation,” they note, with the “shared aim” of “moving away from clichés in order to avoid the cultural appropriation and subversion that so often taints images representing Native peoples.” They continued: “And so, from the script to the choice of locations via costume making and right down to casting, which they organized themselves, the AIO validated all the elements and symbols linked to Native American cultures.”

This is not the first time a major international brand has come under fire for cultural appropriation or insensitivity. Recently, Kim Kardashian ended up re-naming her new shapewear line after its initial title, “Kimono,” sparked backlash for taking on the name of a traditional Japanese garment.

See a sampling of reactions to the new Dior ad below. 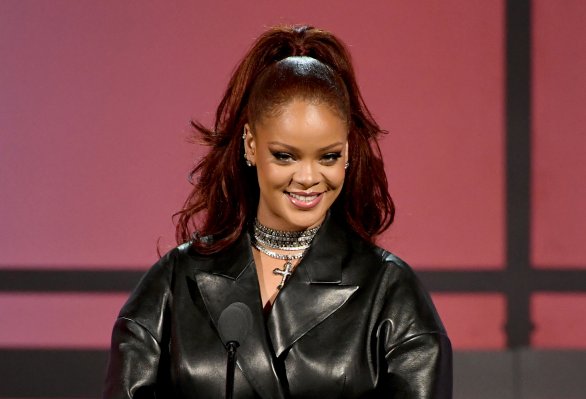 Rihanna's Savage X Fenty Runway Show Will Stream on Amazon Prime So Everyone Can Have the Fenty Experience
Next Up: Editor's Pick