Israel Is Escalating Its Shadow War With Iran. Here's What to Know

Soldiers of the United Nations Interim Forces in Lebanon (UNIFIL) patrol a road in the southern Lebanese village of Kfar Kila along the border with Israel on August 29, 2019.
Mahmoud Zayyat—AFP/Getty Images
By Joseph Hincks

The protracted shadow war between Israel and Iran has spilled beyond the borders of Syria following a series of attacks in Iraq and Lebanon blamed on Israel, and threats of Hezbollah retaliation that reporters in Israel and Lebanon say has prompted the Israel Defense Force (IDF) to station dummy soldiers in jeeps along its northern border.

Israel’s state of high alert over potential cross border attacks comes days after U.S. officials leaked confirmation Israel was behind a July bombing at a weapons factory in Iraq—which they said Iran was using to transport weapons to Syria. Lebanon blamed Israel for a drone strike on Sunday in the suburbs of Beirut. Following Lebanese Prime Minister Saad Hariri’s meeting with United Nations Security Council envoys to protest what he called a “clear Israeli violation of Lebanese sovereignty” on Monday, the U.N. called on both sides to exercise “maximum restraint.”

Israel, which traditionally maintains a policy of ambiguity over oversees military operations, has not taken responsibility for either the Iraq attack or the Beirut drone strike, although its military said it had carried out a separate airstrike on Saturday near the Syrian border in order to foil an “imminent” drone attack planned by the Iranian Revolutionary Guards and Hezbollah (Iran has denied planning the strike.) Despite the lack of official confirmation, Israeli media reports that the Beirut drone strike damaged equipment that would have enhanced Hezbollah’s precision guided rocket program. Hassan Nasrallah, the leader of the Lebanon-based Iran-backed Shi’ite militia force claimed the strike was Israel’s first attack in Lebanon since the two countries fought a bloody war in 2006 and promised retaliation. “I say to the Israeli army on the border from tonight, stand guard. Wait for us one, two, three, four days,” Nasrallah said Sunday. Lebanon’s President Michel Aoun, a Hezbollah ally, likened Israel’s alleged actions to a “declaration of war” and said Lebanon had the right to defend itself.

Speaking on the condition of anonymity, a U.S. intelligence official told TIME that Iranian responses could come in various forms: an attack from Hezbollah or other Iranian-proxies; attacks from Sunni militias with alliances of convenience to Tehran; and even attacks on Jewish or Israeli “targets” outside of Israel. A worst case scenario, the official said, might be an Iranian-backed attack on Jewish settlements in the West Bank or the Golan Heights, which could set off a war.

The timing for the rise in tensions isn’t clear. While Iran’s influence in the region is growing—particularly through militias supported by the Islamic Revolutionary Guards Corps-Quds Force in Iraq, Syria, Lebanon, and Yemen—the official who spoke with TIME said the threat to Israel has not increased substantially in recent months. The official declined to comment on why, at this juncture, Israel is expanding its shadow war with Iran. Here’s what to know about the escalation.

What are the roots of Israel’s conflict with Iran in Syria?

After the Syrian conflict broke out in 2011, Sunni rebels—many financed by Iran’s Gulf rivals, Saudi Arabia and the UAE—rose up against President Bashar Assad’s regime. In response, Iran began pouring money, resources and soldiers into the country in support of Assad’s regime, with which it had been strategically aligned since the 1980s. Concerned about the entrenchment of hostile Iranian forces near its northwest border, Israel has since launched hundreds of air strikes in Syria, including against Hezbollah positions and convoys transporting arms to the group in Lebanon. Iran and Iranian proxy militias have occasionally responded with cross border strikes, such as by launching rockets over a ski resort in the Israel-occupied Golan Heights in January.

Israel’s success at disrupting Iran’s infrastructure build-up in Syria has led the Islamic Republic to turn its attention to Iraq, where there have been several reports in recent months that Iran is building an array of ballistic missiles aimed at Israel. Israel appears to have followed suit, with recent attacks reported—but not acknowledged—on weapons storage facilities controlled by Iranian-backed Iraqi militias.

What was struck in Lebanon?

Sunday morning’s strike reportedly damaged a central component of Hezbollah’s precision guided missile program: an industrial-sized mixer used to make propellants that enhance missile engine performance and can increase their accuracy. The machine—called a plenary mixer—was likely hit as preparations were being made to move it to a secure location, according to Israel’s Haaretz.

An attack in Lebanon would cross unofficial red lines established after Israel’s bloody month long war with its northern neighbor in 2006. But the reported target follows the general pattern of Israel’s air strikes in Syria—largely tolerated by Russia, which backs the Assad regime. Israel’s attacks on convoys bound for Lebanon have typically concentrated on thwarting Hezbollah’s “accuracy project”—the group’s attempt to enhance the capacity of its rocket cache—to pinpoint targets in Israel.

How has the U.S. reacted to Israel-attributed attacks outside of Syria?

Washington appears uncomfortable. On Monday, the Pentagon issued a statement expressing its support for “Iraqi sovereignty” and reaffirmed Iraq’s right to defend itself against “external actors.” The Pentagon statement also said that U.S. “forces did not conduct the recent attack on a convoy or any recent attacks that resulted in the explosion of ammunition storage facilities in Iraq.” An official TIME spoke with on the condition of anonymity declined to say whether any Israeli officials had indicated to President Trump, his National Security Adviser John Bolton—known for his hardline anti-Iran views—or other Administration officials that they were considering stepping up attacks on Iranian proxies, including in Iraq, where more than 5,000 U.S. forces are still stationed.

Why Israel is amping up tension with Iran now?

Nobody knows for sure. Israel has not taken responsibility for the strikes but Netanyahu has hinted at involvement in Iraq. On Aug. 20, he told reporters “Iran has no immunity, anywhere” adding that Israel would act against Iran “wherever it is necessary.”

Beyond an undisclosed military rationale, regional experts say several factors may have affected the Prime Minister’s calculus. One is the upcoming Sept. 17 elections, where he is running against a former IDF general. But while Netanyahu may be keen to burnish his “Mr. Security” image, analysts consider him risk-averse and he has been careful to avoid entangling Israel in overseas conflicts.

The ramp up of Israel-Iran tension also coincides with discussion of a potential rapprochement between the U.S. and Iran. Following Iranian Foreign Minister Mohammad Javad Zarif’s surprise visit to the G7 summit in Biarritz last week, Trump said there was a “really good chance” he would meet Iranian President Hassan Rouhani soon. While significant obstacles remain, such a meeting would be the first between a U.S. and an Iranian leader since the 1979-81 U.S. embassy hostage crisis. Top Israeli officials have voiced concerns that talks could result in a relaxation of the U.S.’ “maximum pressure campaign.”

But Ehud Eiran, a political science expert at Israel’s Haifa University thinks it is unlikely Israel would escalate tensions in a bid to scuttle U.S.-Iran talks, as some have suggested. “Israeli generals are usually very careful not to harm any American interests,” he tells TIME.

Neither Israel nor Hezbollah want all-out war. But Hezbollah leader Nasrallah has consistently maintained he would respond proportionately to any Israel attacks in Lebanon. Sources close to the Hezbollah leadership told Reuters Tuesday that the group was planning a “calculated attack” on Israel that would remain “below the threshold of war.”

Hilal Khashan, a professor of political science at the American University of Beirut says the dozens if not hundreds of unanswered attacks on Hezbollah positions and convoys in Syria, demonstrate the group’s lack of capacity to effectively retaliate, prompting further escalation. Israel is “simply informing everybody that a new rule of the game is being introduced,” Khashan says. “That is what drove Hassan Nasrallah out of his mind and caused him to issue a belligerent statement that I don’t believe he’s capable of enforcing.”

Still, the risks of miscalculation are considerable. The 2006 Lebanon-Israel war, which killed nearly 1,200 people and injured thousands more, was sparked by Hezbollah abducting a pair of Israeli soldiers near the border. Heiko Wimmen, a Beirut-based analyst at the International Crisis Group likened the situation to both sides performing “acrobatics on the edge of the abyss.” 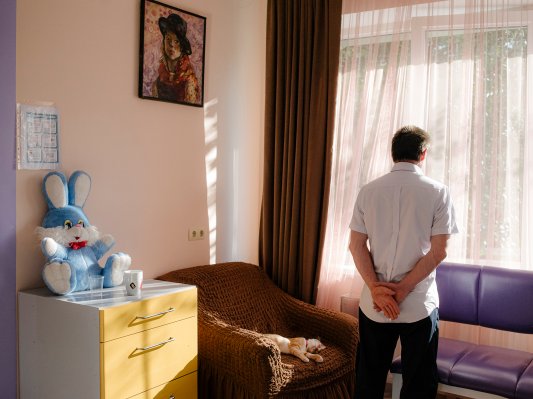 How a Tiny Country Has World's Worst Drinking Problem
Next Up: Editor's Pick